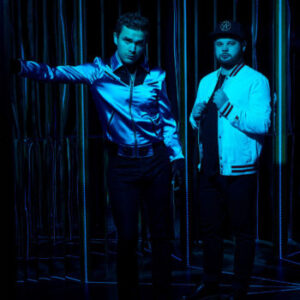 Ben Thatcher and Mike Kerr of Royal Blood formed in Brighton, England have announced their North America tour in support of their third album Typhoons. The tour will kick off on April 18 in Toronto and wrapping up in Boston on May 24, 2022. The band will be making a stop right here in downtown, Detroit at the historic Fillmore on the 19 of April. I had the chance to cover the band back in 2017 at Saint Andrews Hall here in Detroit and was awed with an incredible two-man performance. You would think it was a five-piece band you were watching but no, you’re seeing raw talent at its very best. Mike Kerr (vocals/bass) and Ben Thatcher (drums) deliver such incredible sounds and one hell of a show you do not want to miss. Tickets for the upcoming tour go on sale this Friday December 3 at 9:00AM local time. Click here for further details.

The singles and videos leading up to the album’s April 2021 release (“Trouble’s Coming,” “Typhoons,” “Limbo,” and “Boilermaker“) created an overwhelming global impact which led to Typhoons being called the duo’s best work to date and one of the defining rock albums of 2021. Upon the album’s release, Royal Blood had already accrued over 50 million streams and the biggest US airplay of their career crashing into the Rock and ALT charts climbing consistently over the course of 30 weeks to reach the #1 position. Critical response has been impressive.

Associated Press writes “The new album is even tighter and more focused, a neater distilation of Royal Blood. Could this signal a future new path? Whatever it means, this is a band to watch.”

Typhoons is the bands third album. Tickets for the Detroit show at the Fillmore can be purchased here.