Legendary artist and studio maestro Alan Parsons has announced the release of a new live album entitled “The NeverEnding Show: Live in the Netherlands” on November 5, 2021. The release showcases the performance that the Alan Parsons Live Project held at the Tivoli in Utrecht, Netherlands on May 5, 2019. The band was, as usual, in fine form and fed extra energy by an enthusiastic audience. An amazing performance by quite possibly the definitive band line-up of exemplary musicians that Alan has toured with. Watch a performance of ‘Games People Play’ HERE:

As an added treat, the album includes a brand new studio song, “The NeverEnding Show” and on Blu-ray and DVD formats a dazzling music video which offers a hint of the new studio album that Alan is currently working on for release in 2022. 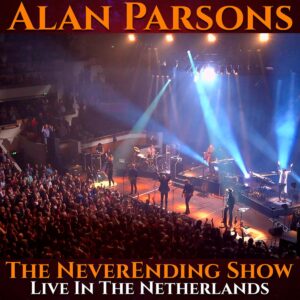