Bad Wolves, the critically acclaimed and multi-platinum band, released their new single “The Body” today via Better Noise Music, along with a lyric video for the song. The track haunts the listener, talking about how far one must go to commit an unthinkable crime. It is the first new offering from the band’s upcoming EP, set for release this summer. They have been working on new music as they gear up to head out on the Rockzilla Tour with Papa Roach, Hollywood Undead and Falling In Reverse again, but this time with their new guitarist Max Karon. The second leg kicks off in East Providence, RI on July 27 and ends in Nashville, TN on August 31. They will also be touring Europe this fall, performing in Germany, Finland, and France, to name a few. Listen and watch “The Body” HERE:

“When we were writing this song we had a goal of trying new things,” said drummer John Boecklin. “The slap bass and clavichord instantly was new territory for Bad Wolves. It feels good to know this track sounds like nothing we have ever done before. It’s a fun track that feels like a mix of Faith no more with a dash of Daft Punk. Enjoy!”

This May the band announced their new guitar player, stating, “It’s with great excitement that we announce our new permanent guitar player is Max Karon. The funny thing is that Max isn’t new to us, he started the band with founder John Boecklin in 2014 and was a major writer/player on all three Bad Wolves albums. Being a key ingredient to the Bad Wolves sound, this was a no-brainer decision. There is no other person on this earth that would be a better fit for Bad Wolves than Max.” The news caught the attention of Blabbermouth, BraveWords, Loudwire and others.

“Words can hardly express how thrilled and grateful I am for this opportunity, and how right it feels to be here,” shared Max. “Having been part of Bad Wolves since the very beginning, I’m so proud to be joining in full. It’s amazing how far this band has come, and I’m so excited and driven to see how far we can go. I’m looking forward to everything about this new chapter of my life. I’ll see you out there!” 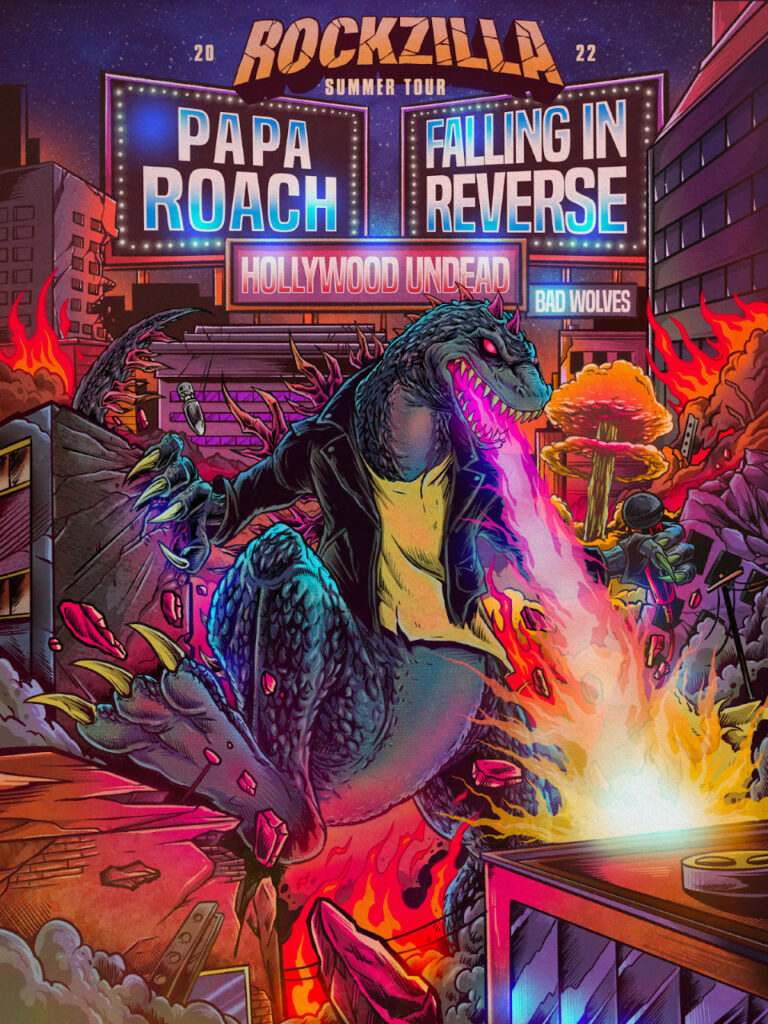