Covid was not going to put a hold on rocking the Fillmore in downtown Detroit Thursday night. The locals around town know it’s going to be a good night without stepping foot in the doors, when you park your car and see the massive line of people waiting to get in. That line goes around the block and continues for blocks. Once the doors opened at seven it was game on from that point and you were in for one hell of a night. People from around the great state of Michigan and our neighbors from Canada were about to be owned for the night and that wasn’t going to be a problem.

Neil Fallon frontman of the band Clutch played the Fillmore and let’s say things may have gotten out of control or did it. The buzz started to build and Clutch nation was ready. Opening up the night was Nate Bergman and to the delight of the crowd Nate was an instant hit. One thing for sure Detroiter’s love all genres of music. Also joining Clutch on tour, the band Stoner. If you never seen go and give the band a look, you can thank me latter. 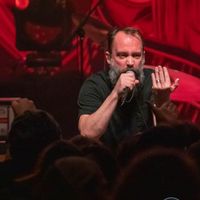 By now the buzz in the Fillmore was very ramped up and the fan’s needed to let of some steam off. Finally around 10:20 Neil Fallon and the band take the stage and greeted with a roar that you could have heard from across the Detroit River. Fans were packed in like sardines clearly a sold-out event. Detroit loves some Clutch and love they received with a 20 song set. The band opened up the night with Passive Restraints of their 1992 album the bands second album. Immediately the mosh pit was formed, and it was no small mosh.

Personally, I haven’t been in a mosh pit nor will I, but a safe bet is to wear a helmet. Three decades of kick ass music was about to commence. Before the second song was played Neil asked Detroit how you feeling tonight, Detroit through up some horns, loud cheers, and screams of we fucking love you Neil could be heard. This show was no pit access so you clearly felt and heard what Detroit was feeling something you don’t feel while in the photo pit. 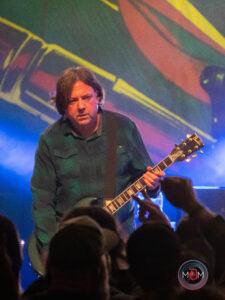 Impetus the second song from their 1997 album clearly brought the combustion level to an all-time high level, a level never seen at the Fillmore. The mosh pit grew in size with people getting pelleted with beer, and some bodies hitting the floor all while displaying the horns and enjoying every minute of it.

If you thought things were ok for a moment wrong, ‘A Shogun Named Marcus‘ third song of the night was incredible brining high energy, killer guitar riffs, and some incredible vocals leaving you thirsty for the next song. I’ve been to two Clutch show’s and both brought the fire. I hope you can make it out to a show and see for yourself what high energy is all about. No you don’t have to be part of the mosh pit but do be part of what raw talent is all about. After 30 years of rocking there is no sign of slowing down due to age. This is my first three song review until next time through up the horns and keep rocking! 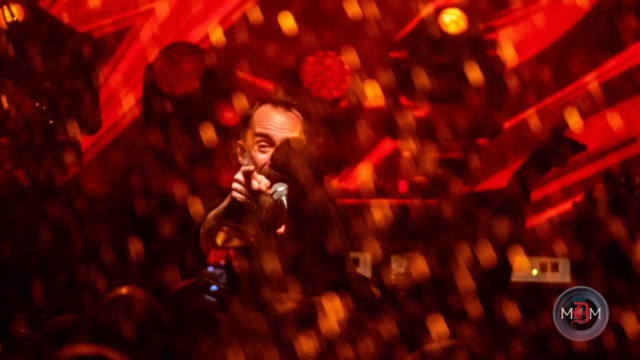 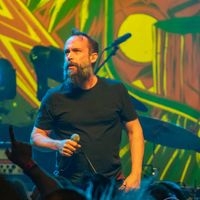 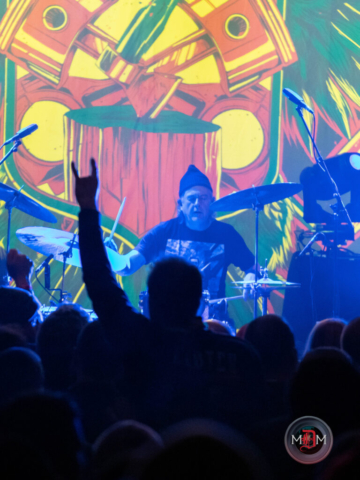 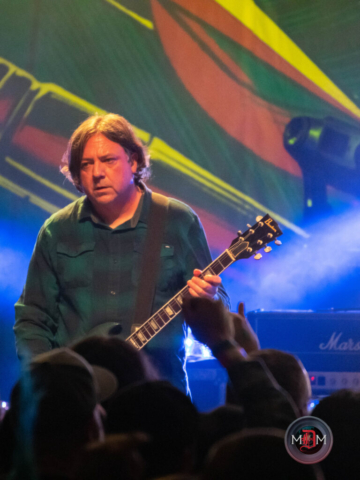 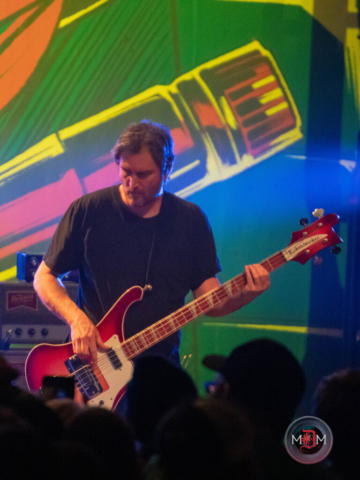 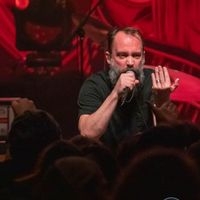 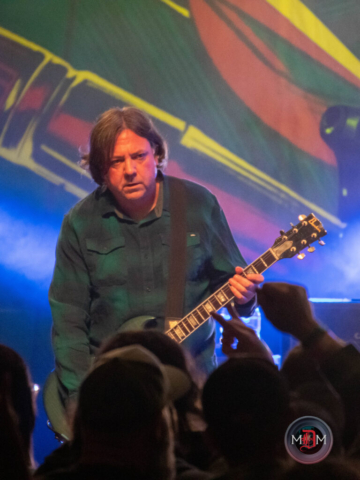 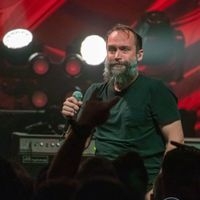 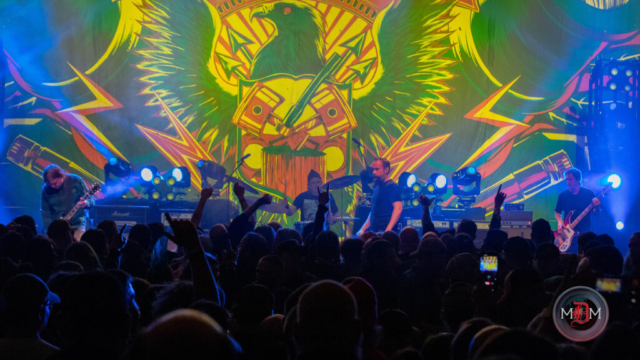 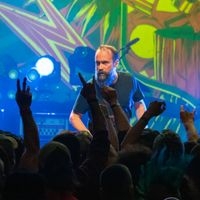 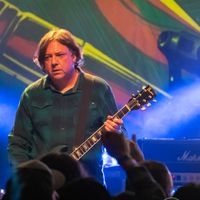 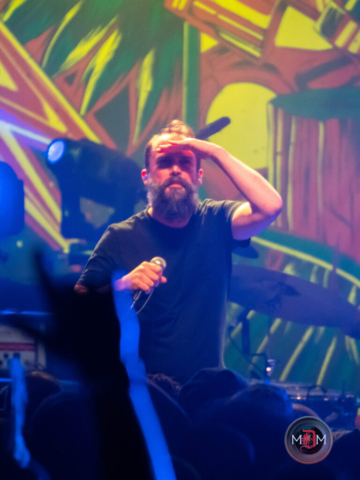 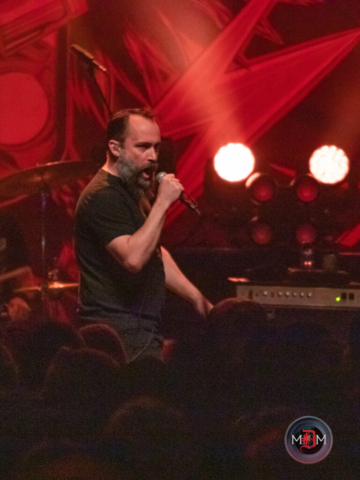 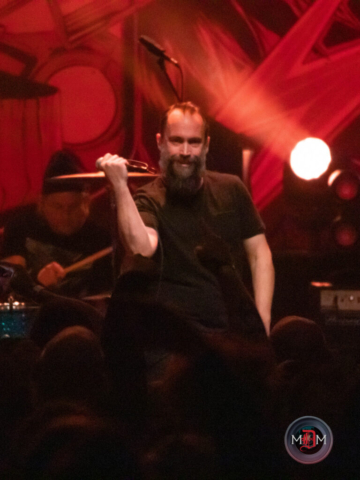 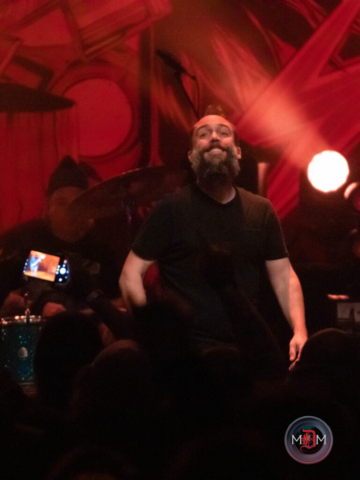 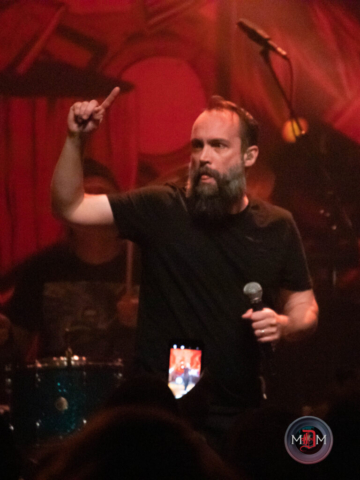 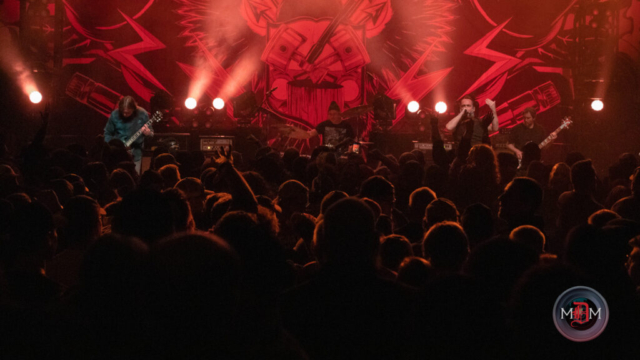 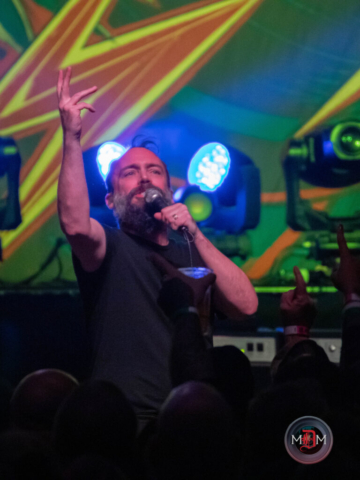 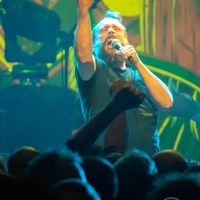