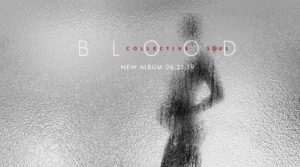 Summer may not officially start in Michigan until June 21st but there will be plenty of summer heat in Mt. Pleasant, Michigan when E.Roland and Collective Soul come to town on June 14th. Celebrating their 25th anniversary with their summer tour “Now’s The Time Tour” with Gin Blossoms that kicks off May 25. The band’s tenth highly anticipated studio album, BLOOD, will be released June 21. The new album BLOOD Is a journey of their long careers from the past, to the present, from the high’s to the low’s this album is well mixed. I had the chance last year to cover Collective Soul on tour with Three Doors Down at Freedom Hill. From the start of their set to the end E.Roland owned the crowd, Freedom Hill just witnessed one hell of a set. COLLECTIVE SOUL road to fame came in 1993 with the rock anthem “Shine.” The alternative rock band has sold over 20 million records worldwide, and in 2009 they were inducted into the Georgia Music Hall of Fame. The band’s first single “Right As Rain” of the BLOOD album is loaded with passion, soul, energy, and emotion. Current members of CS lead singer, Ed Roland‘ Dean Roland, Will Turpin, Johnny Rabb, and Jesse Triplett. You don’t want to miss your chance to see 25 years of Collective Soul below is a link to ticket info and more. Click here.