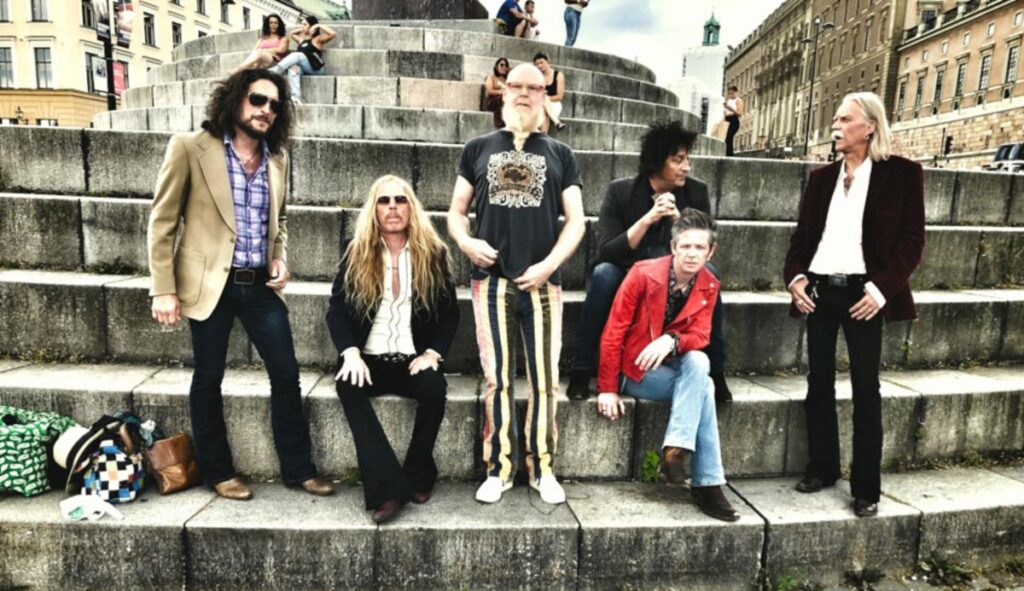 One of rock’s most dynamic stage performers, Sweden’s boogie rock legends DIAMOND DOGS are sitting pretty nicely on top of their game. With the boogie piano and the delightfully sleazy overall feel, they sound like they’re having an absolute blast!

Today sees the release of the band’s new double album, ‘Slap Bang Blue Rendezvous‘. The record was produced and mixed by Tomas Skogsberg, and the songs are all composed, jammed, arranged, and recorded at Sunlight Studio (Gräddö, SWE) mainly during the summer months of 2020.

Sunlight Studio is without a doubt Diamond Dogs’ true home ground. The group has had countless collaborations with the inimitable producer throughout the years. During varying periods of time, the band members come and stay in the studio’s cottage annex, with sessions, mind-expanding, forest walks, and rock ’n’ roll tales around the clock. The band and Tomas’ shared love for ’Mott’ and ’The Golden Age’ has permeated the recordings – which is something you will obviously hear when you listen to the album.

After making highly acclaimed demo tapes with star producer Max Martin (Britney Spears) in 1991, Diamond Dogs went into legendary Sunlight Studio with producer and mastermind Tomas Skogsberg (Hellacopters / Entombed). The first single ”Blue Eyes Shouldn’t Be Cryin” from the debut album Honked, launched in 1993, made its way onto rotation on MTV’s classic hard rock show Headbangers Ball, and it became the start of a successful journey that eventually took the group to worldwide cult status.

And this time, 30 years after it all started, Diamond Dogs have returned to the inimitable Tomas Skogsberg once again to make their 14th LP – a 24-song double album!

Slap Bang Blue Rendezvous is a release for children of the ’70s. From the top, it conjures up the spirits of the 70’s glam rock era. The warm atmosphere brings the air of the golden age, and the energy of the songs and performance give a promise of rock music for the new generation! Diamond Dogs leaves the listener feeling like they’ve been somewhere momma told them not to go, but knowing that they’ll soon be visiting again!

”This is my masterpiece, my White Album” as Tomas Skogsberg himself puts it. And we can only agree! 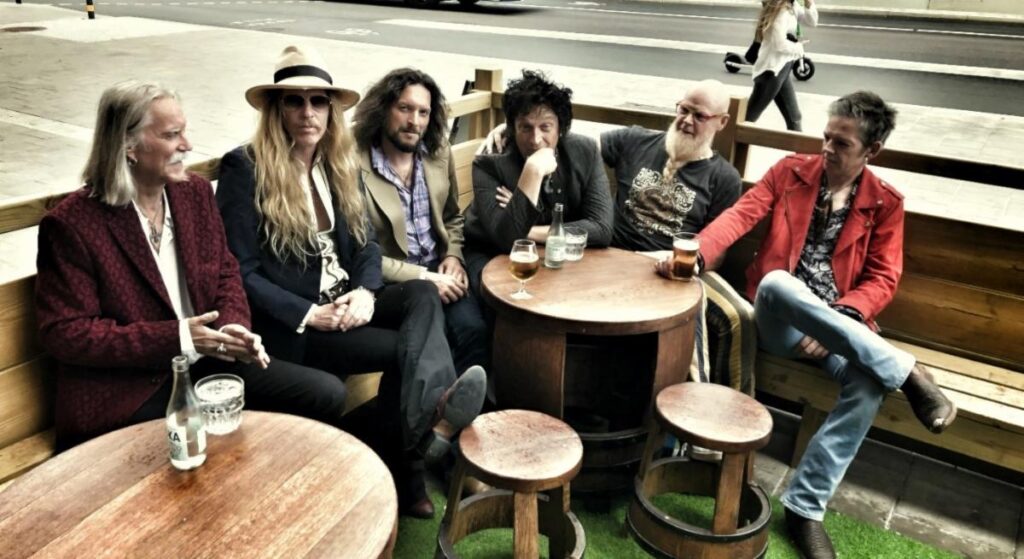