Buzzworthy indie rock artist Michigander, the sonic alter ego of Michigan native Jason Singer, has released “Superglue,” the opening track of his forthcoming EP, It Will Never Be The Same, due out March 31st via C3 Records. The new single, written by Singer, Jake LeMond and Aaron Senor, glides towards a sticky singalong hook as Singer wonders, “Should I give up on this thing that I’ve been chasing?” PRESS HERE to listen to “Superglue,” which first premiered today on The Zane Lowe Show on Apple Music, and PRESS HERE to watch the official music video, directed by Johnny Chew (Nick Jonas, Dayglow), which documents the brutal leg break Singer suffered while filming the music video back in the fall, ultimately delaying the release of the EP and his headlining tour. It Will Never Be The Same marks the fourth EP from Michigander and also features the current radio hit “Stay Out Of It,” which peaked at #5 at Triple A radio, as well as “In My Head” with Manchester Orchestra and “The Other Way.”

“‘Superglue’ is about second-guessing yourself, which is something I’ve done often,” shares Singer. “But I think I’m ok with being a little nervous all the time. I think a little bit of skepticism is ok, maybe even good. I’m really excited to play this one live. This was a song that was made with the intent of playing for rooms of people. It’s very congregational. That said, I’m feeling so much better now and can’t wait to be back at it, playing music on the road with my best friends. We started rehearsing for the upcoming tour recently and I truly believe we’ve never sounded better.”

In support of the new EP, Michigander will embark on a 21-date spring headlining tour featuring Abby Holliday as a special guest. The It Will Never Be The Same Tour launches March 28th in Phoenix and will bring Singer and his bandmates – Aaron Senor (drums), Jake LeMond (guitar), and Connor Robertson (bass) – across the U.S., including Los Angeles on April 1st and New York City on April 21st, before wrapping April 29th in his adopted hometown of Nashville. See below for full list of upcoming tour dates and visit www.michiganderband.com for all ticketing details and to purchase.

The tour will be making a stop at Saint Andrews Hall in downtown Detroit on April 15th. Click here for more info. 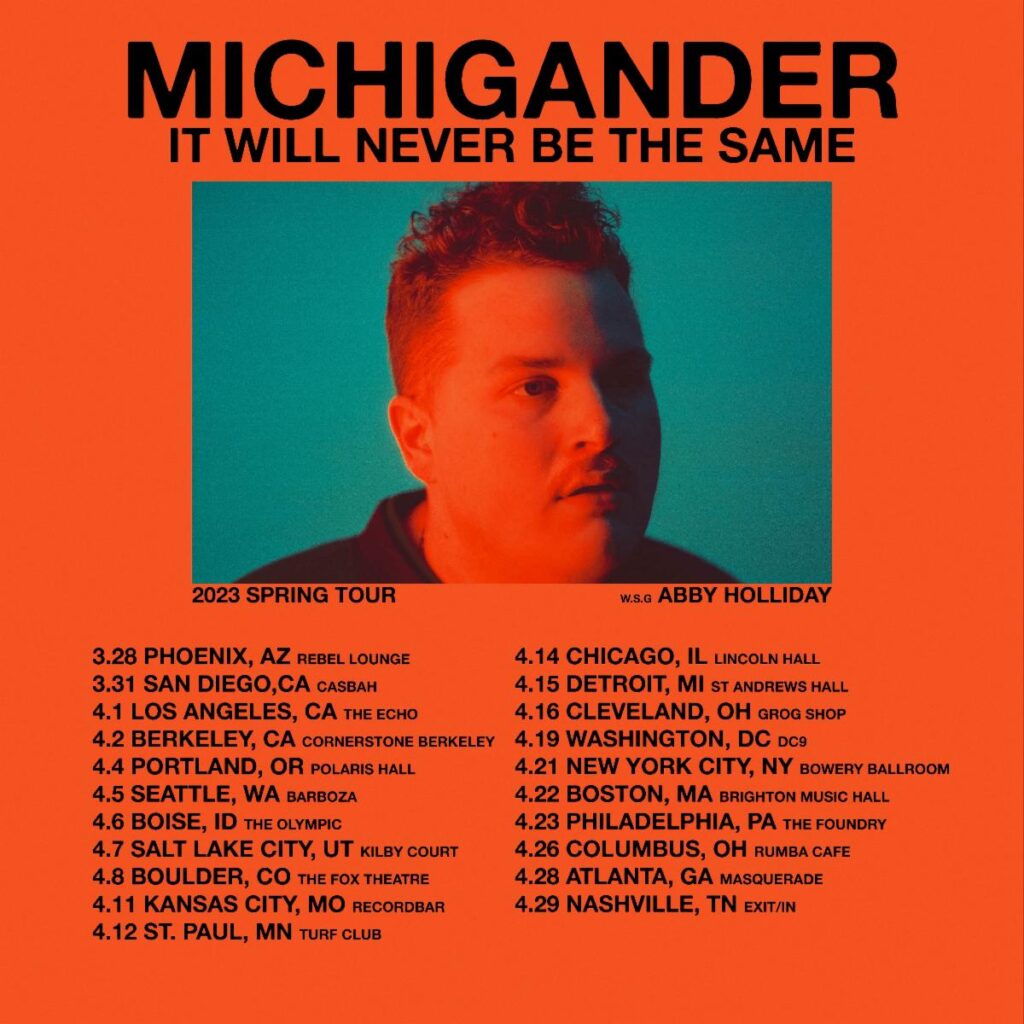