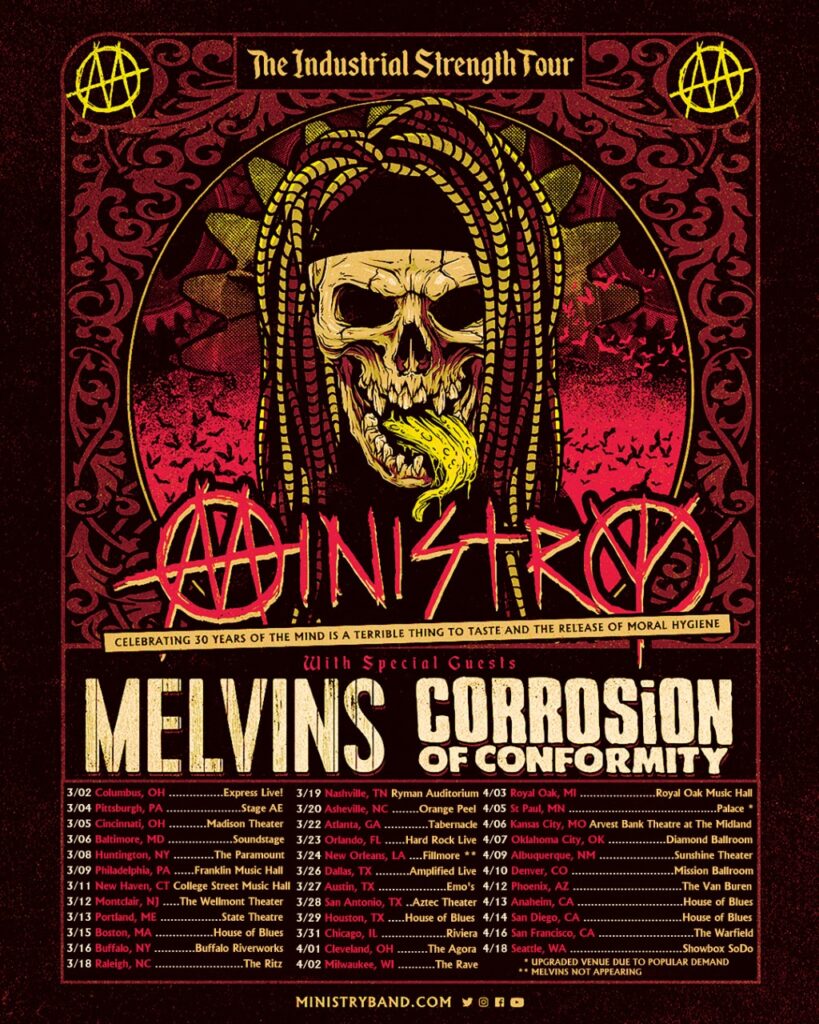 Moral Hygiene is Ministry’s 15th studio album and features some of the project’s strongest and most inspired material to date. It features the creative masterwork of founder and creator Al Jourgensen who spent the pandemic pause ruminating on the new world we as a society have found ourselves in – while pondering just what we are going to do about it. Singles have included “Alert Level” (sounding the alarm on the state society is in), “Good Trouble” (a rallying cry to fight for human rights in homage to Civil Rights leader John Lewis), “Disinformation” (the dangers of consuming mass media without critical thinking) and “Search And Destroy” (the unique take on The Stooges classic). The latter features guitar virtuoso Billy Morrison (Billy Idol/Royal Machines) who is also heavily featured on a number of songs on the album. The record also includes a collaboration with Jello Biafra (Jourgensen’s cohort in side project LARD) on “Sabotage Is Sex.” The album was added to many “best of 2021” year-end lists, including Loudwire, Consequence Of Sound, Punk News and XS Rock (where it was ranked the #1 album of the year).

Ministry will debut new songs from their brand-new album Moral Hygiene alongside celebrating the 30th anniversary of seminal album The Mind Is A Terrible Thing To Taste that produced hits “Thieves,” “So What” and “Burning Inside” throughout the tour.