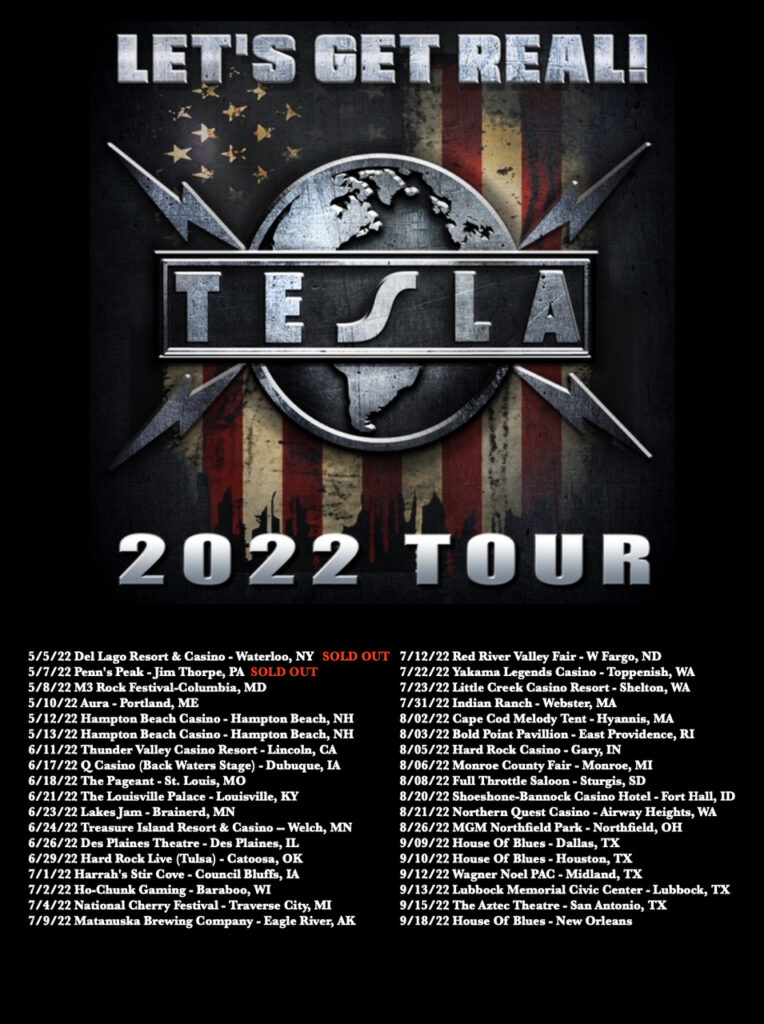 “We are so excited about getting back to performing ‘real’ live concerts again” states guitarist Frank Hannon. “There’s nothing like the energy of being in the same spontaneous moment with an audience of people. Tesla has always taken pride in being a high-energy live band, relying on performances without any backing tracks or pre-recorded help.”

“The 2022 radio remix features louder guitars and vocals” explains Hannon. “Some folks were reluctant to play the track with its explicit lyrics in the verse, so I created a clean version for radio with a bleep. As a band member and being the producer, we approve of these changes and really love the remixed audio enhancement for radio play. This is TESLA in real honest form and independently producing our music for the first time as an official release.”