Skip to content
February 4, 2021 Detroit Media Magazine
Modern Metal Frontrunners TETRARCH to Release New Album, Unstable, on April 30, 2021 via Napalm Records. After making massive strides at media, radio, streaming and beyond in 2020, breakout metal stars TETRARCH are about to own 2021 with the release of their highly anticipated sophomore full-length album, Unstable, scheduled to drop on April 30 via Napalm Records! The album is available for pre-order in several exciting formats, beginning today.

Following the release of their latest hit “I’m Not Right” – an anthem that cracked the Mediabase Active Rock Top 30 and has commanded the scene since its release with over four million combined cross-platform streams – TETRARCH have revealed another blazing new single, “You Never Listen”. The earworm ode to relationships-gone-bad, which premiered via SiriusXM Liquid Metal, packs a punch with chunky, breakneck riffs and a sing-a-long worthy chorus, proving it as an accessible yet dynamic knockout. Produced by the band and Dave Otero (Cattle Decapitation, Allegaeon, Khemmis), Unstable follows the band’s breakout debut Freak (2017). The new album shines not only as a natural step forward for TETRARCH, but a giant leap ahead – an even more focused effort combining bright flourishes, grooving low-end and soaring choruses. Watch “You Never Listen” below. 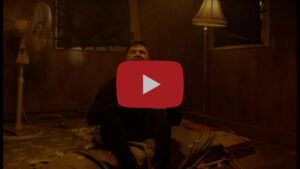 Delivering heavy hit after hit, Unstable is 10 tracks of pure potency and undeniable talent. Follow links below and get ready to feel raw in your face energy.