Written by Waddy Wachtel, “Fair Warning” has been hailed as “a standout track on the new album that showcases the musical chemistry between these legendary and seemingly ageless musicians….an aptly titled tune that signals this Family can’t be stopped when it comes to laying down serious rock and roll chops.” (Glide Magazine)

“Fair Warning” is one of twelve original songs from the upcoming album. Produced by The Immediate Family and recorded over three days at Jackson Browne’s Los Angeles studio, the new album also features two bonus tracks: live versions of the Danny Kortchmar/Jackson Browne collaboration “Somebody’s Baby” and Warren Zevon’s “Johnny Strikes Up the Band.” The album is available for pre-order.

To celebrate the release of the new album, The Immediate Family will be making a special appearance at The Grammy Museum in Los Angeles with an intimate listening party and Q&A on August 26th.

The release of The Immediate Family comes on the heels of two previous EPs, Slippin’ and Slidin’ (which debuted at #6 on Billboard’s Blue Chart) and Can’t Stop Progress.

Production continues on The Immediate Family documentary by filmmaker Denny Tedesco (The Wrecking Crew), expected to be released in 2022. 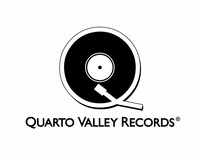