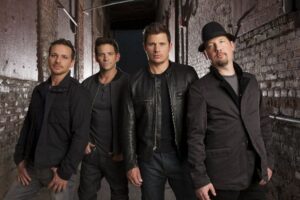 98° is making Summer 2021 the hottest one yet with their new Remix Playlist “Summer of 98” as part of their 98 Days of Summer campaign, which is set to release on August 20th from UMe. The remix EP features songs and remixes of the group’s most popular hits including “Heat It Up,” “I Do (Cherish You),” “Invisible Man,” “Because of You,” “The Hardest Thing,” and more fan favorites. 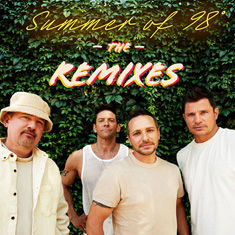 Pre-save Summer of 98° The Remixes to your Spotify library or pre-add to your Apple Music library here:

The International pop band is also returning to the stage to end this summer in style with a performance at the Mandalay Bay Beach as part of Mandalay Bay Resort and Casino’s 2021 Concerts on the Beach Series on Thursday, September 16 at 9 p.m. Tickets start at $44.98 and are available at TicketMaster.com.

One of the best-selling boy bands of the ‘90s, the group features Jeff Timmons, brothers Nick and Drew Lachey, and Justin Jeffre. Inspired to get back together during the pandemic, the band is scheduled to make their return to the stage in August as they begin their “98 Days of Summer” campaign. In anticipation of their return, the guys recently released their new single and video “Where Do You Wanna Go.” The vibrant, catchy pop song/video, is the group’s first in eight years, and was produced and co-written by DJ LUX and released under 98 INC / Johnny Wright Entertainment.

The 98 Days of Summer campaign, which launched in June, features 98 days of throwback photos, video clips, and unreleased music on the group’s social media channels, culminating in the release of their remix EP on August 20th.