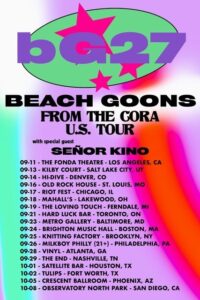 San Diego, CA genre-benders BEACH GOONS have just announced new tour dates. The ‘From The Cora U.S. Tour’ kicks off on September 11 at LA’s The Fonda Theatre and runs through October 8th. The trek includes a performance at Riot Fest in Chicago on September 17th. Special guests Señor Kino from Sonora, México will open. The band, the brainchild of frontman Pablo Cervantez, blends punk, surf, and cumbia music that has caught on with music fans and critics alike.

As Cervantez told the San Diego Reader in 2018, “If I have to call it something, I’d like to call it Pachuco music. That was Mexican slang that used to be mean bad-ass, punk, hood-rat… I was born and raised in Logan Heights surrounded by Chicano/Mexican culture. I really want to emphasize this was our upbringing and this is who we are.” 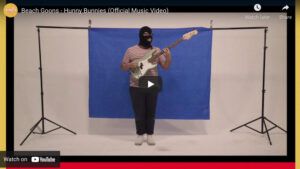 “Integrating sounds from quoted influences like the Descendents and Chicano Batman, Beach Goons can be described as a melting pot of punk, surf and Chicano rock.”- AltAngeles

“…blend together San Diego surf punk influences with that Cumbia edge to create genre-bending music that perfectly frames their lives and where they come from.”- Ones To Watch 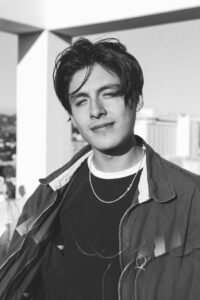