September 22, 2021 (Los Angeles, CA) – Two days before the release of their first album in seven years, Angels & Airwaves have released a new track titled “Timebomb.” “Timebomb” is the latest from the 10-song album, LIFEFORMS, which come out this Friday via Rise Records/BMG. The album explores a variety of topics but is largely centered around the theme of interpersonal relationships. Its lyricism is thought-out and intentional, and its sonics derive inspiration from 80’s artists like Depeche Mode, as well as from front man Tom DeLonge’s early pop punk days. LIFEFORMS is the band’s sixth album since forming in 2005. Shortly after its release, Angels & Airwaves will hit the road on a US tour.

“’Timebomb’ is a special song to me because it represents the emotional equivalent of an armed device about to blow. I think everyone can relate to the pressure of life bearing down on a young teenage heart,” said DeLonge of the new song. Of LIFEFORMS, he said “It’s taken me a long time to present my art in the way I envisioned over a decade ago. ‘LIFEFORMS’ is the first part of what I saw could be possible then.”

In 2021, the band has previously released four tracks (“Euphoria”, “Restless Souls“ Losing My Mind” and the entrancing “Spellbound”). The recent music has received praise from the likes of Esquire, Alternative Press, NME, SPIN, Consequence of Sound, and others, with Rolling Stone calling “Restless Souls” “quintessential Tom DeLonge.”

The band will be playing Jimmy Kimmel Live! on September 28, and most recently marked their return to live shows with a performance at Lollapalooza, which caused Consequence of Sound to dub Tom DeLonge “a wandering spirit of summertime.” Their US tour begins in Riverside on September 29, tickets and all dates are available HERE.

DeLonge, a founding member of Blink-182, formed Angels & Airwaves in 2005. The band has released five full-length albums and charted numerous hits, including “The Adventure,” “The War,” “Everything’s Magic” and “Rebel Girl.” The Dream Walker, released in 2014, hit No. 1 on iTunes and No. 5 on Billboard’s Top Alternative Albums chart. A multimedia project, the album was accompanied by a graphic novel, comic books and the short film Poet Anderson, co-directed by DeLonge, which won Best Animated Short Film at the Toronto International Short Film Festival. 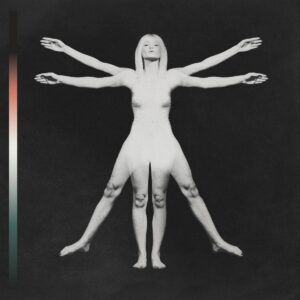