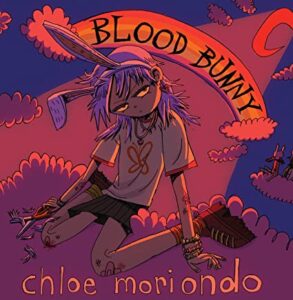 19-year-old artist Chloe Moriondo who is gearing up for the second leg of their North American headline tour while currently on the road with Ashnikko. Chloe will be wrapping her headline tour with a special hometown show in Detroit at El Club on November 27th. This spring, Moriondo shared their critically acclaimed major-label debut album Blood Bunny, which The New York Times crowned as a “Critic’s Pick.” The record also garnered additional praise from The FADER, Pitchfork, Billboard, NYLON, UPROXX, and more. The arrival of Blood Bunny was accompanied by an official video for track “Bodybag,” which The FADER named as one of the “20 Best Rock Songs Right Now.” Following the release, Moriondo made their television debut performing “Bodybag” on Jimmy Kimmel LIVE!, and appeared soon after on The Late Late Show With James Corden, where she played a dynamic rendition of “I Want To Be With You.”

“filled with memorable alt-pop earworms that you won’t be able to stop listening to, or even thinking about” – BILLBOARD

“Moriondo’s album offers the relatable charm of bedroom-pop with enough confidence to explode beyond those walls post-quarantine.” – PAPER