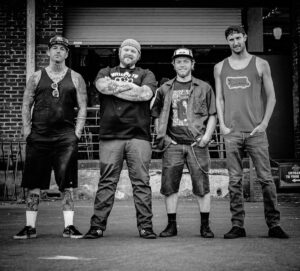 New Jersey punk rock quartet DOC ROTTEN will be releasing a politically-charged collection of brand new songs appropriately titled Unite Resist on March 25, 2022 via Working Class Productions. Recently, they shed some light on the mental health crisis in America with their music video for “Psych Ward 103” by D.I.Why? Films. Vinyl preorder and tour dates are forthcoming.

These 16 tracks of raw punk rock were produced, engineered and mixed by Pete Steinkopf at Little Eden in Asbury Park, NJ and mastered by Sean Glonek at SRG Studios in Hamilton, NJ. “Unite Resist is about being at the end of your rope when realizing your government doesn’t serve its citizens but serves special interests,” explains vocalist Wes Bentley. “These corporations are ruining society and creating poverty and the only way to fix it is to unite together, and let your voices be heard. Don’t comply, stop acquiescing, and simply say no in non-violent civil disobedience. It’s about mutual love and respect, yet remaining vigilant against injustices amongst others.” 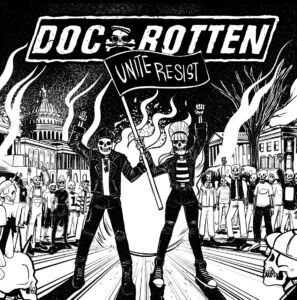 From the circle pit anthem that helps you realize that the majority of us are all in this day-to-day life together and have the power to make changes (“Open Your Eyes”) to falling in love at rehab (“Psych Ward 103”) to being forced into a fiat monetary system (“Corpses”) to the death of the middle class (“Drowning”) to self-reflection and accepting where you are in the present (“15 Years”) – Unite Resist examines society, politics, and oneself. 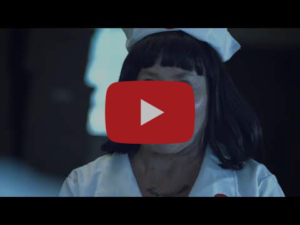 Doc Rotten formed in Trenton, NJ during the Winter of 2017. After a few local shows, the punk rock quartet immediately went into the studio to record their debut EP Fallout. Followed by their sophomore EP Sick and Suffering six months later, they set out on their very first tour. Their blue-collar mindset and work ethic constantly push them to write, record, and tour. The release of their third EP Illusion To Choose took them all over the world including Japan, Europe, and Canada.