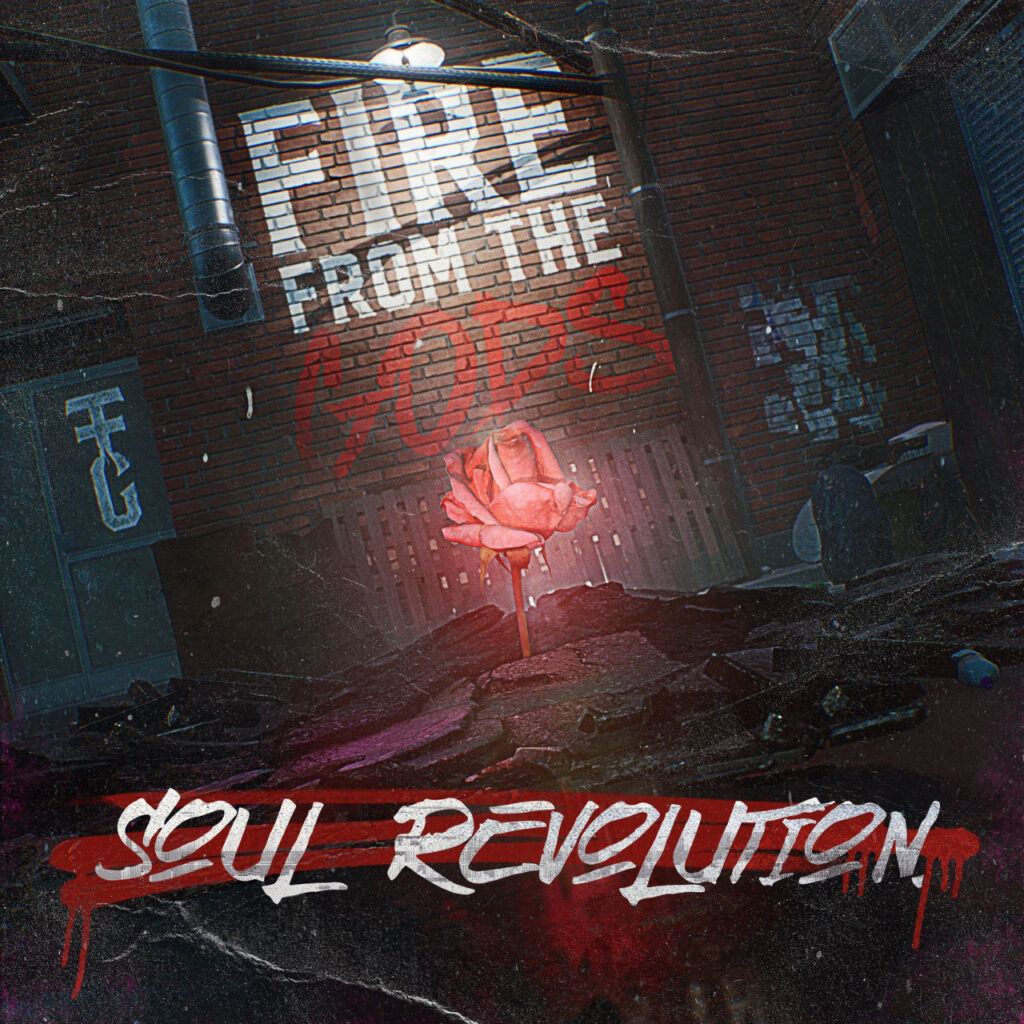 Austin-based rock band Fire From The Gods dropped their fierce new single “Soul Revolution” and premiered an official lyric video today via Better Noise Music. The band masterfully blends feelings of inspiration and aggression with soul searching in the song. Lead singer AJ Channer sings “Life can beat you to the fucking ground, You gotta get mad and you gotta fight back” and asks listeners to “Change your heart, change your mind, change your soul” for a soul revolution. After touring Europe, hitting countries such as Germany and France, the band will be joining Five Finger Death Punch, Megadeth, and The HU on tour this summer, trekking across North America. They will be performing “Soul Revolution” and “SOS,” with the latter being released last month to critical praise from Loudwire, that reads “Fire From The Gods have captured that feeling of drowning in unease on their latest track, “SOS,” which is a blend of soaring, anthemic rock and rap with a little reggae flavor.” A full list of upcoming tour dates is below. Stream “Soul Revolution” and watch the official lyric video HERE. For tickets and additional information visit here:

Fire From The Gods will be heading back out on tour with Five Finger Death Punch, Megadeth, and The HU later this summer. Kicking off in Portland, Oregon on August 19, the tour will span over 30 dates, ending in Salt Lake City, Utah on October 15. See below for a full list of dates. Purchase tickets HERE.