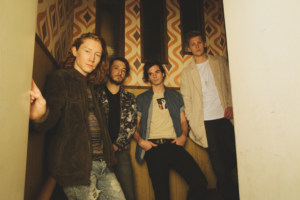 Alternative-Pop fan’s will be in for a treat March 1st when the L.A. band hit’s the stage in support of Andrew McMahon in the Wilderness at The Fillmore in downtown Detroit on Friday. Flor has opened up for Paramore, Hayley Kiyoko, and Atlas Genius on tour to name a few. Their latest single released around the holidays “Get behind This” is expected to release the follow-up to their debut full length Come Out. You’re Hiding later this year. Their debut album Amassed was a hit among the alt-pop world with their singles “Hold On” and “Back Again” Below are links to ticket info for the Detroit show and the bands website.