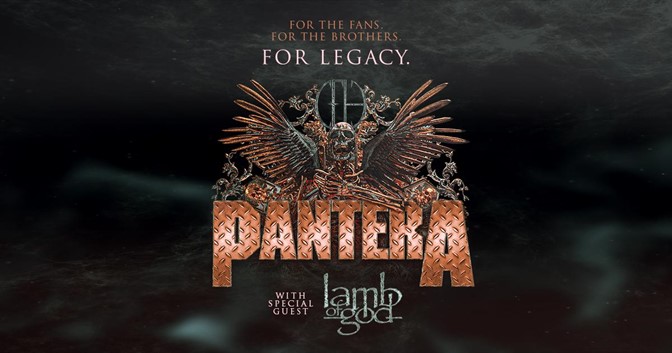 Pantera, one of the most successful and influential bands in heavy metal history, have announced their long awaited return to the stage. They will be touring North America this summer with Lamb of God as special guests.

One of the most anticipated tours of 2023, this celebration tour includes original members Philip Anselmo and Rex Brown joined by Zakk Wylde (guitar) and Charlie Benante (drums). In December 2022, they kicked off the highly anticipated return in Mexico City to incredible reviews.

Produced by Live Nation, the 20-city tour kicks off on Tuesday, July 28th in Burgettstown, PA at The Pavilion at Star Lake making stops in Milwaukee, Toronto, Austin, Denver, and more before wrapping up in Bristow, VA on September 15th at Jiffy Lube Live.

Fans can also see Pantera at their recently announced support dates during Metallica’s North America Stadium tour dates in 2023 & 2024 and headlining major rock festivals in 2023 including Rockfest, Inkcarceration, and more.

PRESALE: Citi is the official card of the Pantera tour. Citi cardmembers will have access to presale tickets beginning Tuesday, January 24th at 10 AM local time until Thursday, January 26 at 10 PM local time through the Citi Entertainment program. For complete presale details visit: