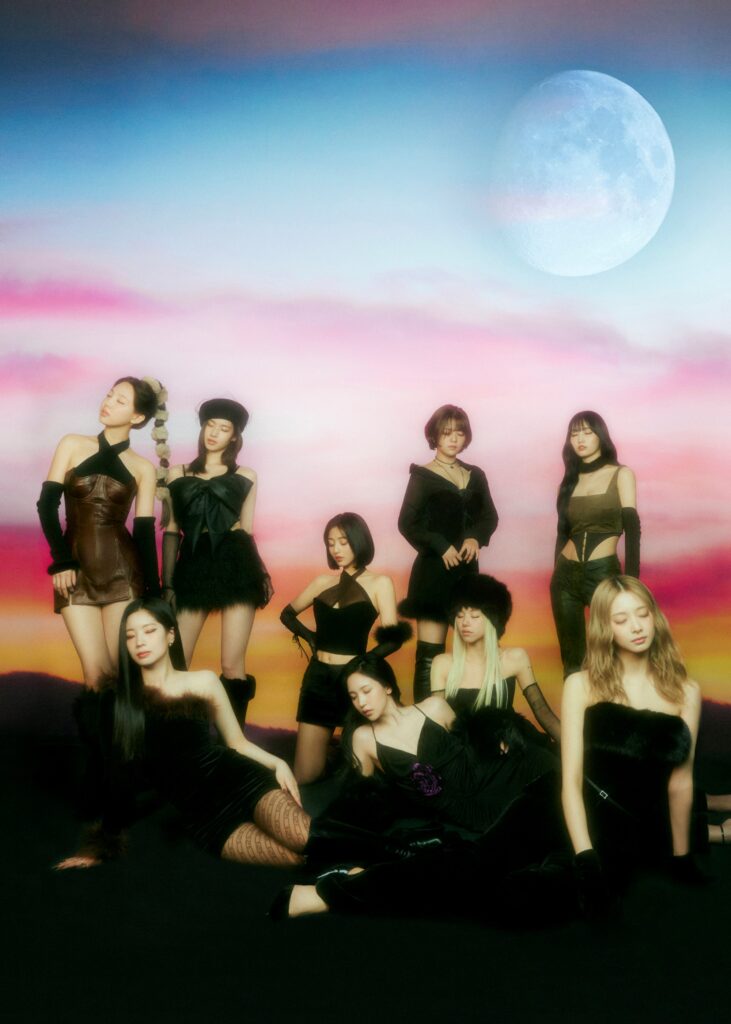 Written, composed, and arranged by K-Pop hit makers earattack and Lee Woo Hyun, “MOONLIGHT SUNRISE” is a pre-release from TWICE’s highly anticipated 12th mini album, due out in March. Nina Ann Nelson and Kaedi Dalley (of female acappella group Citizen Queen) also participated in the track’s writing and composition. The Miami bass-based pop song explores the feelings and excitement of falling in love with lyrics such as “baby come be my starlight moonlight sunrise” and “If I’m your moonlight you’re my sunrise babe,” alongside the music video’s dreamy, charming visuals.

TWICE is heading into the new year strong, following what was a massive, record-breaking 2022. Last year, the group was the most-streamed female K-Pop group on Spotify (US), and, in 2022 alone, they accumulated nearly 300 million steams (with cumulative streams of over 5.5 billion, to date). They were also nominated for three major music awards in 2022 – an MTV Video Music Award for “Best K-Pop,” an American Music Award for “Favorite K-Pop Artist,” and an MTV Europe Music Award for “Best K-Pop.”

TWICE kicked off 2022 with their 4TH WORLD TOUR Ⅲ in the United States where they played five cities – Los Angeles (The Forum), Oakland (Oakland Arena), Fort Worth (Dickies Arena), Atlanta (State Farm Arena), and New York (UBS Arena) – including two shows in both Los Angeles and New York due to popular demand. All seven shows sold out just hours after on sale, and made TWICE the first female K-Pop group to sell out two North American arena tours. Following this massive success, TWICE returned to the States in May to play back-to-back, sold-out encore performances at Los Angeles’ Banc of California Stadium. These performances were a major milestone for the group, as they made TWICE the first female K-Pop group to play a North American stadium.

“MOONLIGHT SUNRISE” is out now via all digital and streaming platforms. Stream the track HERE.