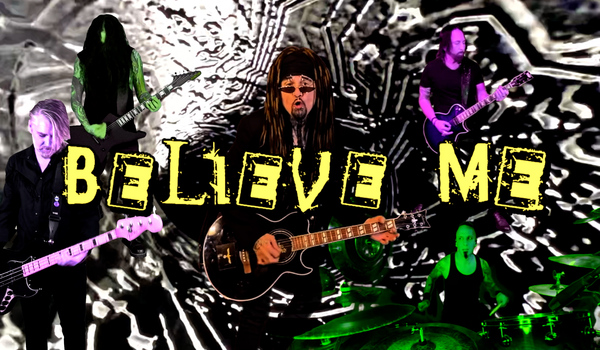 Just weeks after Ministry’s latest album Moral Hygiene was added to many “best of 2021” year-end lists, including Loudwire, Consequence Of Sound, Punk News and XS Rock (where it was ranked the #1 album of the year), Al Jourgensen and co. are sharing the latest taste of the record with the new track “Believe Me” alongside a warped psychedelic video that will have viewers questioning just what to think or feel (a clear nod to the times we are living in now).

The video was a departure from the two previously released professional videos from the album and became a total DIY effort, with each of the band members (also including drummer Roy Mayora, guitarists Cesar Soto and Monte Pittman, bassist Paul D’Amour and keyboardist John Bechdel) gearing up for the upcoming tour at home and purchasing an inexpensive green screen to contribute their parts to the performance footage that was then melded together. Ministry hopes to encourage other artists to do the same during these difficult times when budgets are tight and still have fun with the creative process.

Moral Hygiene is Ministry’s 15th studio album and features some of the project’s strongest and most inspired material to date. It features the creative masterwork of founder and creator Al Jourgensen who spent the pandemic pause ruminating on the new world we as a society have found ourselves in – while pondering just what we are going to do about it. The 10 tracks are a follow-up to 2018’s lauded AmeriKKKant and put forth Jourgensen’s societal manifesto and plea for civilization to get back to a set of standards that lives up to and embraces our humanity. 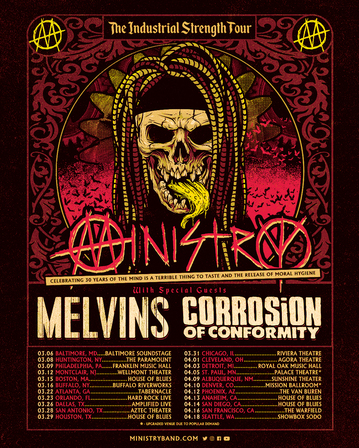 Moral Hygiene is available now through Nuclear Blast Records in CD, vinyl and digital download formats at the following links posted below. Ministry will debut new songs from Moral Hygiene on the upcoming Industrial Strength Tour, kicking off March 2, alongside celebrating the 30th anniversary of seminal album The Mind Is A Terrible Thing To Taste. Special guests The Melvins and Corrosion Of Conformity will share the stage nightly as the tour’s special guests. Due to overwhelming demand, Ministry added 13 new dates with the tour now running through April 18. The full schedule is below with tickets on sale now.

Ministry will be making a stop here in Michigan at the Royal Oak Music Theater on April 3 click here for more info.