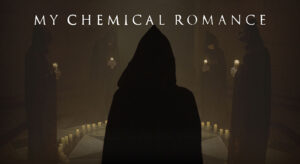 The long wait is over as MCR is reuniting after nine years. The rock band announced Wednesday that it will tour North America, and will open up the tour at Little Caesars Arena September 9th, in Detroit, Michigan. Tickets go on sale January 31st at noon. It’s the first Michigan performance since a show at DTE Energy Music Theatre in 2011. After recording 4 studio albums the band went separate ways back in 2013. 2020 is the year of reuniting for a lot of band’s and that’s ok for concert goers of all ages. The tour reunites the core lineup of singer Gerard Way, bassist Mikey Way and guitarists Ray Toro and Frank Iero, along with drummer Jarrod Alexander (Death By Stereo), who has filled in on previous MCR projects. The band from Newark, NJ, which was cofounded by Gerard Way made its debut in 2002 with the independently released album I Brought You My Bullets, You Brought Me Your Love. The 18 city tour will wrap up October 11th at the T-Mobile center in Las Vegas, NV. 2020 in Michigan is going to be packed full of some major concerts with more to be added making it on memorable year to date. For a full list of tour dates see links posted below.

Welcome to the black parade video