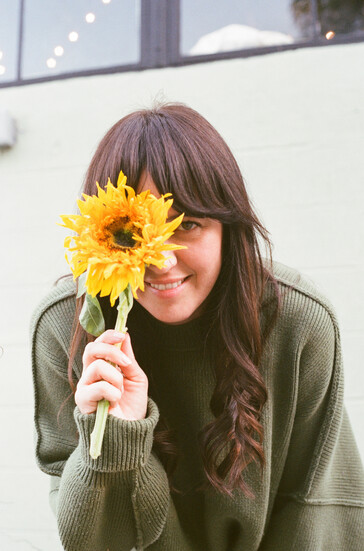 Nashville indie folk/pop singer-songwriter Mandi Mapes has dropped the first single “Surely Goodness” from her forthcoming full-length debut Levees due March 10, 2023. It’s a breezy, whimsical tune that recalls to mind the goodness that is all around us, even in shadowy times of loneliness, grief and confusion.

“Surely goodness follows me around and around and around…” Mapes sings in playful affirmation, aided by producer Lucas Morton’s backing vocals. Fingerpicked guitar and uncluttered piano and violin arrangements make room for Mapes’ voice and preternatural sense of melody Mapes’ piano hooks are stunning, like gentle waltzes. There’s a sweetness to this track, one that reminds us that hope takes courage.

“I think so many of us are struggling right now, post the pandemic, with depression and anxiety and I just wanted to write a song that reminded all of us that even in the darkness, there is light breaking through,” says Mapes. “Even in our loneliness, love is reaching out. And even though the news headlines leave us feeling hopeless, goodness is not so far away.”

A little more about Mandi:

Upon hearing Mandi Mapes’ dulcet voice and imaginative songwriting, it’s no surprise to find she was born in the music-rich culture of New Orleans. Similar to the city she grew up in, her music carries both the honest feelings about life’s hurricanes and the resilient hope of brighter days ahead. Mandi lived in the Middle East with her husband for three years where she pressed pause on making music. During that season she experienced loss, loneliness and a crushing creative drought. But it was during that very season that deep beneath the ground, something beautiful was to come. Birthed from that barren soil, Mandi’s upcoming album, Levees blooms with mellifluous melodies and poetic lyrics.

Mandi’s music has been well received across the globe. Two of her songs are featured on the Turkish Spotify Playlist, Sabah Kahvesi (which means Morning Coffee in Turkish). You can hear her song, “Dance With Me” in the romance film, Coffee Shop, now streaming on Netflix. Also, her music has been featured in the Erwin Brothers’ films, October Baby and Mom’s Night Out. Mandi has over 21,000 monthly listeners and over 6,000 followers on Spotify. 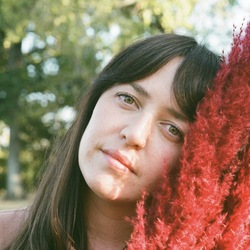