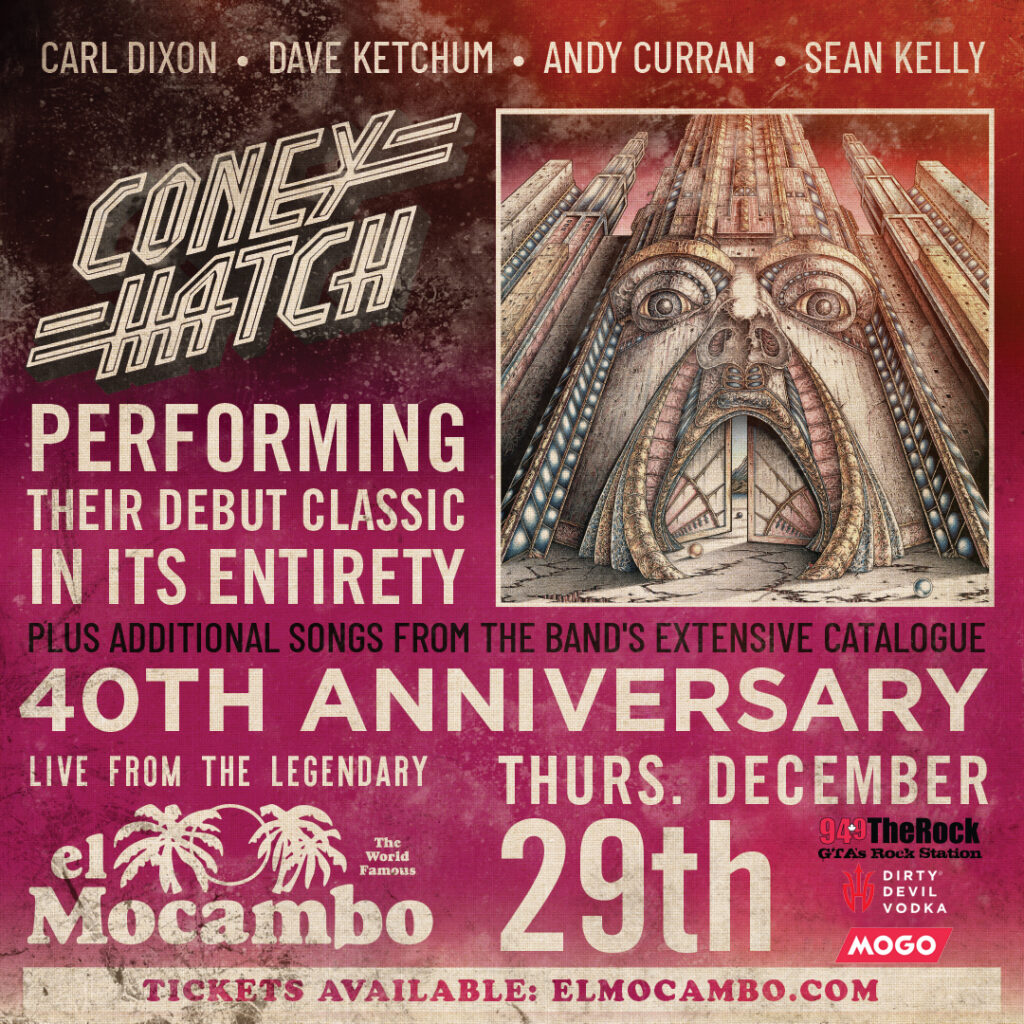 The El Mocambo in Toronto is undoubtedly one of the most instantly recognizable names when it comes to music venues. After all, such iconic artists as the Rolling Stones, Elvis Costello, the Cars, and Stevie Ray Vaughan have all performed at the legendary hall over the years (and also issued recordings from their performances there). And on Thursday, December 29, 2022, Canadian hard rockers Coney Hatch will headline the venue – to celebrate the 40th anniversary of their gold-certified self-titled debut.

VIP tickets will include entry to the venue early to witness part of the soundcheck, plus a meet & greet with all four members and a photo with the band. The band will also autograph one item per person. Details TBA – limited to 50, so purchase quickly before they sell out! Tickets can be purchased via this link:

The El Mocambo performance will be a homecoming of sorts for the band (lead vocalist/guitarist Carl Dixon, guitarist Sean Kelly, bass player/vocalist Andy Curran, and drummer Dave Ketchum), as they previously played the venue in 1983, and hail from Toronto. To mark this special occasion, the band will be performing the debut album in its entirety that evening (a recording that spawned such hard rock gems as “Monkey Bars,” “Devil’s Deck,” and “Hey Operator”). This is Hatch’s only Canadian show before they start a UK tour in January 2023 (opening a string of dates for Steve Harris’ British Lion). The show will also include additional songs from their extensive catalog.

“The El Mocambo is a venue that has been near and dear to our hearts,” says Curran. “All of the Coney’s loved performing there and we all saw so many amazing bands and artists perform there, as well. It’s so rich in history and the logical place for us to perform our debut record for the 40th anniversary for our hometown Toronto fans.”

Also, arriving soon from the Hatch will be a live album, ‘Postcard from Germany.’ “We’re very excited and grateful that after all these years, we’re still getting along and releasing new songs. We’re a brotherhood and this new live record totally captures the spirit of Coney Hatch live. In your face double guitar attack! Also two spankin’ new songs to boot! That’s a pretty cool thing for our fans.”

But first, Toronto fans will get the unique opportunity to close 2022 by witnessing Coney Hatch perform a classic album…at a classic venue! 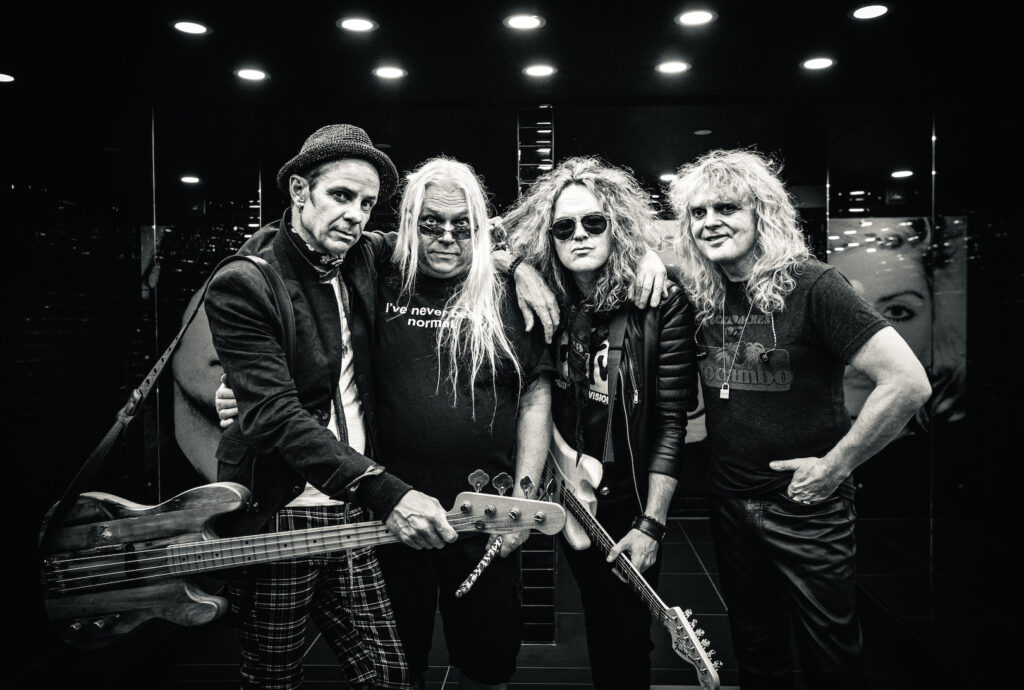