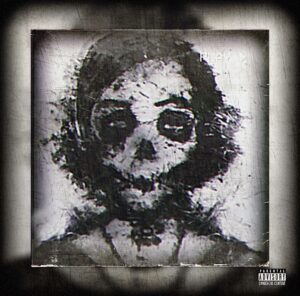 The awesomely musically eclectic jack-of-all-trades, Polychuck, has announced the release of a 2-song EP, ‘Polychuck Part II: Shadows Remain,’ which will be released on Friday, December 3rd, 2021.

Below is the EP’s link to stream and download and video: 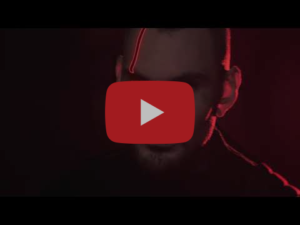 “Scarred” is an emotional journey into the depths of addiction, how it affects relationships and how it can become an unhealthy relationship in its own right. It features a guitar solo by Justus Hajas, a 17 year-old Tik Tok sensation. With movie samples, a pulsating, irresistible beat and a prog influence, ‘Scarred’ blends Polychuck’s eclectic influences into one scintillating performance.

An optimistic ode to resilience and perseverance, “Lay a Claim” expands the scope of Polychuck’s never-ending creativity. It includes nu metal scratch sounds, modern hip-hop drum sounds and 80’s metal synth lines all into a coherent, moving musical creation. The song’s originality excellently represents the artist’s desire to cross all musical borders, while truly carving out a legacy of his own in the world of rock.

When asked how the new material on the EP differs from his previously released material, Polychuck replied, “Those were the 2 songs that originally didn’t make the cut because of their darker, more aggressive sound. These are the heavier tracks that were written and recorded at the same time as the other ones on the EP.”

And concerning what made him decide to issue an EP rather than waiting to include the material on a full-length, he explained, “I needed to close the chapter about ‘Shadows Exposed’ – songs about mental health, introspection and self-inquiry. This whole episode has been a lot of self-discovery especially the music writing aspect.”

What about Polychuck’s future plans? “Now that I’ve explored many facets of songwriting, I’m consolidating my identity as a composer and I am working on a full length ‘concept rock’ album.”

A great guitar shredder since the age of only 13, Polychuck is now an innovative and ever-maturing singer, songwriter, multi-instrumentalist, producer and high profile guitar coach who’s ready to take the rock world by storm. And ‘Polychuck Part II: Shadows Remain’ is another major sonic and artistic step. 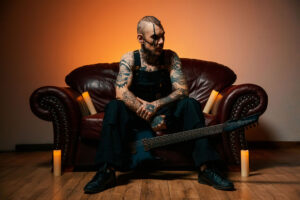