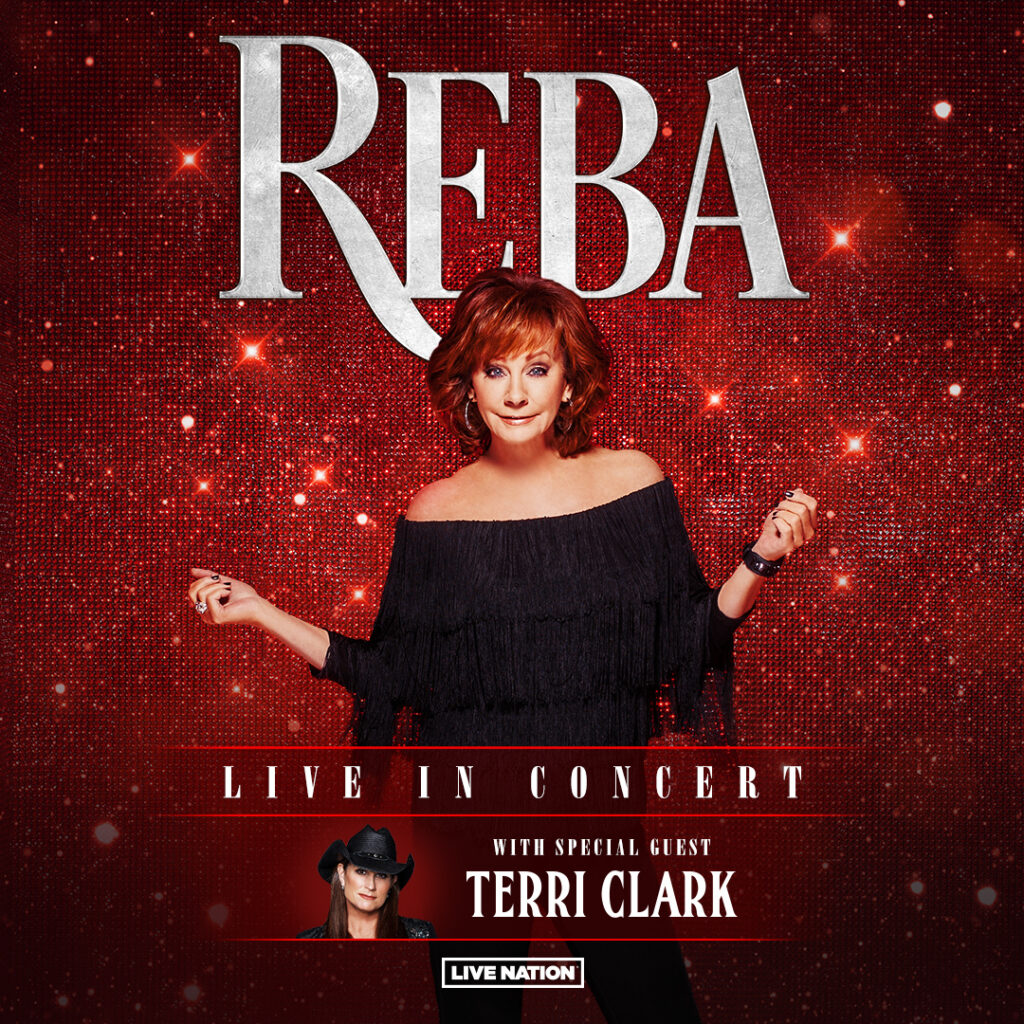 Reba McEntire has announced a fall arena tour REBA: LIVE IN CONCERT, set to kick off October 13 in Lafayette, LA. With 35 No. 1 hits under her belt, the award-winning entertainer will deliver hit after hit during her “entertaining and flawlessly executed” (Pittsburgh Post-Gazette) live show. Presented by Live Nation, the 17-city tour will feature special guest Terri Clark across all shows. “I can’t wait to see everyone out on the road again this fall,” said Reba. “We had so much fun in the spring and I’m ready to get back out there with my buddy Terri Clark!”

Reba recently announced Reba McEntire’s The Hammer, a Lifetime movie starring and executive produced by the superstar. She is also set to join the ABC series “Big Sky” as a regular for its forthcoming third season.