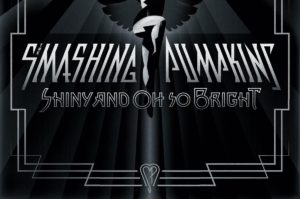 Alternative Rock’s biggest name is hitting the road for the first time in nearly 20 years. The Smashing Pumpkins “Shiny And Oh So Bright Tour” will be kicking off this summer in Glendale, Arizona on July 12th. The “Shiny And Oh So Bright Tour” coincides with the band’s 30th anniversary of the band’s formation. Formed in Chicago in 1988 the band released it’s first album in 1991 titled “Gish” The band’s success over the years which include nine studio albums and over 30 million albums sold makes them a very influential part of the ALT seen. Detroit will sure be in for one amazing night as the tour makes a stop at the Little Caesars Arena on August 5th.

The Smashing Pumpkins will be playing hits from their early years through 2000, which will feature material from Gish, Siamese Dream, Mellon Collie and the Infinite Sadness, Adore, and Machina. Countless awards for such like video of the year in 1996, Grammy awards for best hard rock performance in 1997 and 98 make this a must see show, a show that will be remember for a very long time. A healthy Frontman Billy Corgan without a doubt will be bringing high emotion’s and energy to his fan’s who stood by him and the band showing their support over the several years. Don’t forget to check out the band’s first new single “Solara” in almost 18 years featuring Billy Corgan, James Iha and Jimmy Chamberlin. I have added some links below about ticket info and tour dates along with the new single and much more.