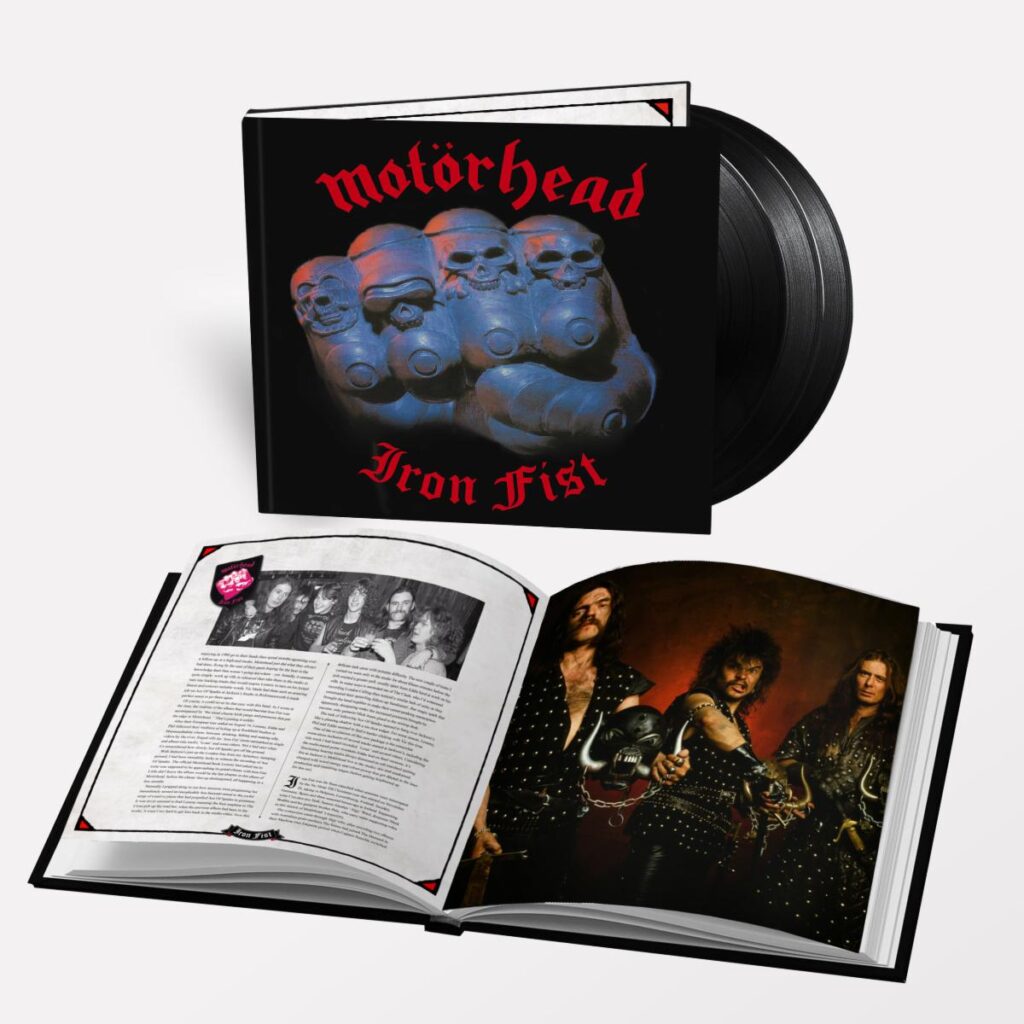 The time-honoured phrase “Follow that!” rang with deafening resonance when Motörhead were faced with having to follow a rock milestone (Ace Of Spades), a number one album (No Sleep Till Hammersmith) and their bomber – the most spectacular stage prop rock had ever seen. As last shout from the three amigos line-up of Lemmy, Fast Eddie Clarke and Phil ‘Philthy Animal’ Taylor, Iron Fist was rudely dismissed by some ignorant loud mouth hap’orths as being ‘less’, and has always suffered slightly from that initial idiotic disdain. We’re here to finally correct that nonsense, as Iron Fist reveals itself as a vital snapshot of the band at a crucial period when they found themselves caught in the tornado ignited by success and, in true Motörhead style, careered into their next phase at such velocity it transcended logic or reason to become this trio’s final kamikaze joyride. Forty years later, Iron Fist sounds like prime Motörhead with the gloves and seat-belts off. For sheer velocity, it could be fastest, most out-of-control of them all. If you know, you know, and if you don’t enjoy the gloriously wreckless education that is Iron Fist!

To celebrate the 40th anniversary of this seminal cannon in the Motörhead armoury, it is being presented in new deluxe editions. There will be hardback book-packs in two CD and triple LP formats, featuring a hammer fist blow, remaster of the original album, previously unreleased demo bonus tracks and a full concert, originally broadcast on Radio Clyde from 18th March 1982. Plus the story of the album and many previously unseen photos. There’s also a limited edition, blue and black swirl of the original standalone album. 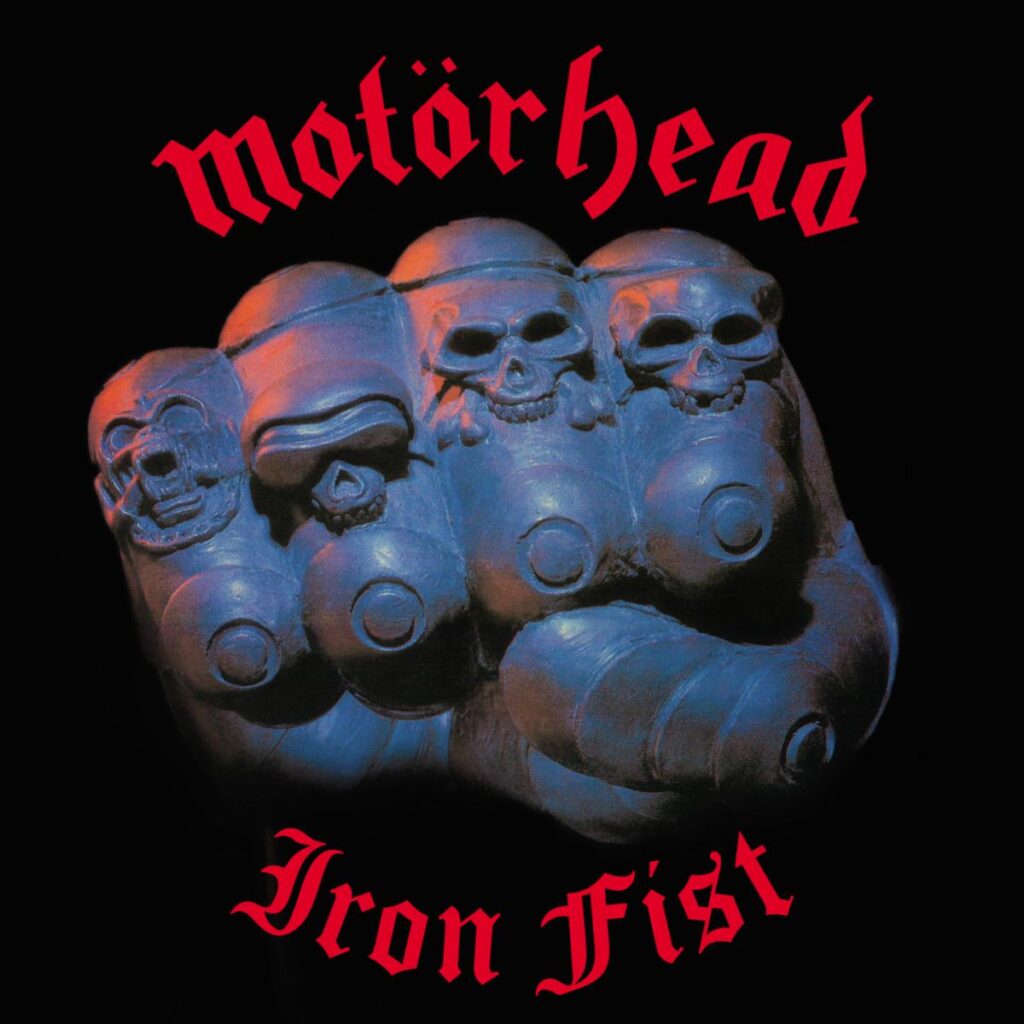 Visit Motorhead to stay updated on all the latest news here: