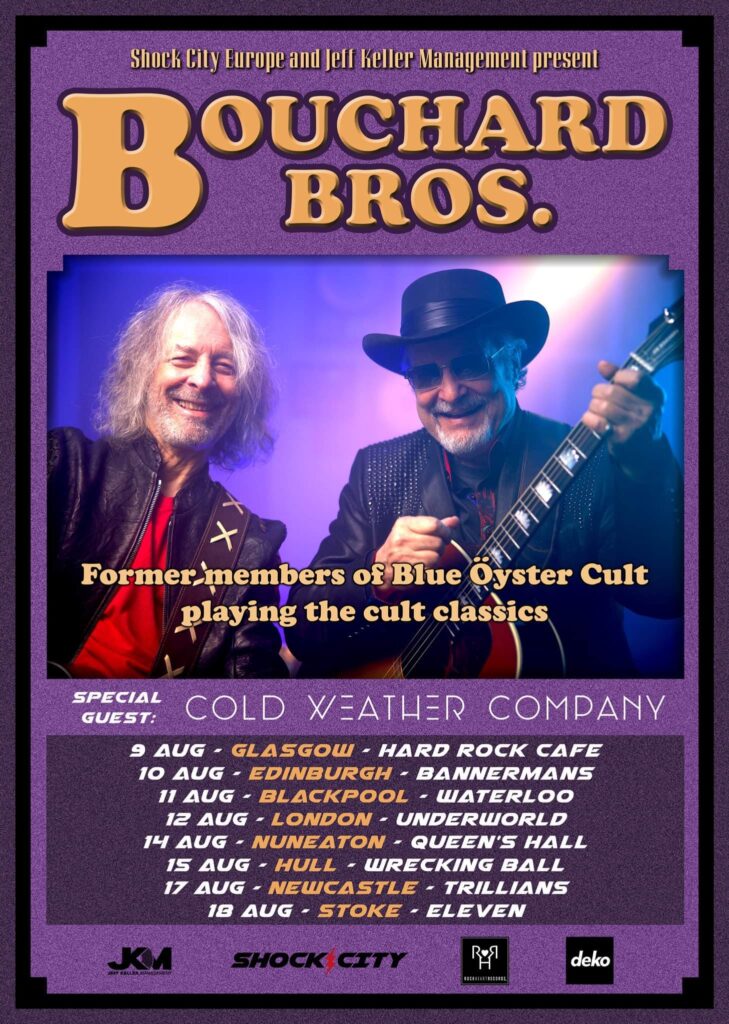 Albert and Joe Bouchard are best known as former members of Blue Öyster Cult. The original lineup sold millions of albums for Columbia Records, with such classic songs as “(Don’t Fear) the Reaper” and the #1 hit on the Billboard Mainstream Rock chart “Burning for You.” They contributed to songwriting and lead vocals on some of their greatest songs, such as “Cities on Flame” and “Hot Rails to Hell.”

The Bouchards have both released new albums recently through their new imprint label Rockheart Records/Deko Entertainment. Additionally, Albert is currently working on the last installment of the Imaginos Trilogy. Now Shock City Productions and Deko Entertainment are bringing Albert and Joe Bouchard to the UK in a stripped down environment to play you all of the Blue Öyster Cult classics like “(Don’t Fear) the Reaper,” concert staples like “Astronomy,” and new songs from Imaginos II and American Rocker. Joe had this to say about it, “Hi friends. Albert and I are together rehearsing for our tour of the UK. Very excited! We’re going to play a mixture of everything from both our latest solo records and some of the hits. Every night is going to be different. We’re also going to tell some good stories, so you don’t want to miss those. We’ll see you on the road soon.”

In tow will be newcomer Cold Weather Company on its first ever UK tour, and a perfect fit bringing you it’s bare-bones acoustic show featuring songs from their latest release Coalescence and more. The guys are excited about hitting the road with the Bouchard Brothers. Vocalist/keyboardist Steve Shimchick states, “We’re honored to be supporting the Bouchard Brothers and are excited to be making our UK live debut after all of these years.” Deko Entertainment president, Bruce Pucciarello, comments on the pairing of these two Deko acts, “For me, it’s really great when Deko artists work together. In this case, the audiences attending are about to enjoy a special, very personal concert.” The tour kicks off at the Hard Rock Café in Glasgow on August 9th.

View and listen to the Bouchard Brothers (live) here: 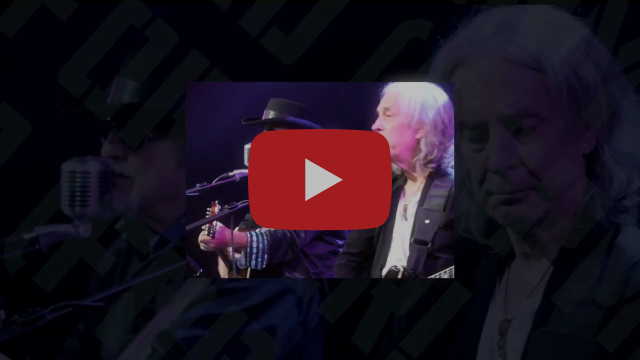