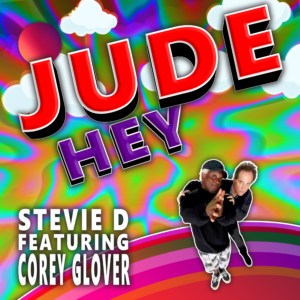 “Hey Jude” was originally released by the Beatles on August 26th 1968, at over seven minutes in length, it was the longest single to top the British charts at that time. Now 53 years later multi instrumentalist/producer Stevie D has teamed up with Corey Glover (Living Colour) to bring you his take on this timeless classic. Stevie had this to say about it, “Simply put, “Hey Jude” is my Favorite Beatles song in fact it’s my favorite song!!! I have always wanted to do a version with Corey because in my mind I could hear what he would bring to the table! So now I have my favorite singer singing my favorite song! That sounds like a win win!!”

Corey comments, “I love this song!!! I love the way I make you wanna sing along. I had a great time singing it. Stevie D is such the Beatles fan and musical wonder, it was like I was there with them. Enjoy! I sure did.” Stevie concludes, “Being that my main instrument is guitar my vision for this version was to go more in a Stevie Ray/Jimi direction rather featuring the Piano! I am really pleased with the overall outcome and feel we captured the spirit of the song with our own stamp! My goal was to have this rendition ready in time for release on the anniversary of the original this year as my own personal tribute and thank you to The Beatles!!! ”

The line-up is rounded out by John Hummel-Drums (Lady Gaga), Benny Harrison-Keys (The Rascals), Jack Daley-Bass (Lenny Kravitz), and Doug Henthorn-Backing Vocals and Ad-libs (Joe Bonamassa). Watch out for the video and song both dropping on August 26th. 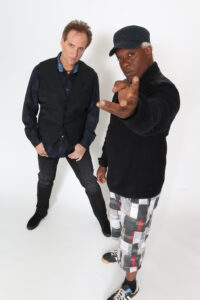