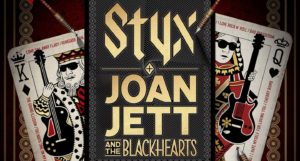 The Chicago rock band Styx will be returning to Detroit to play a show out at Pine Knob as local’s around here like call it on July 6th. Playing in direct support on the tour is rock icons Tesla and Joan Jett. The 70’s rock band put’s on one hell of a show and its not to be missed I promise you that. At some point young or old people worldwide know a Styx song with endless tracks recorded along with having four consecutive albums certified multi-platinum by RIAA, the tour kicks off on May 30th in Irvin, California at the FivePoint Amphitheatre. The perfect compliment to this tour is Tesla and Joan Jett, both who have had very successful careers in the music world along with entertaining their fans for decades bring along a incredible stage performance to be seen. Styx will be very busy this year also playing with REO Speedwagon, and Don Felder on the United We Rock Tour. 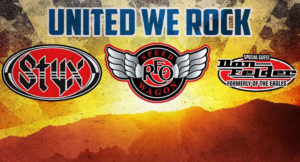 The band has released 16 studio albums since its inception in 1972. Styx’s latest record, “The Mission,” There are a lot of great summer concerts playing DTE Energy Music Theatre this year and you can put this show near the top as being one to remember. “Mission” is their first studio album in a decade set to launch on June 16th, the post DeYoung era is here. Gone Gone Gone, the first track of the album is one I particularly enjoy. Check out the complete album in the link provided below.

All other tour dates for Styx with Joan Jett and Tesla