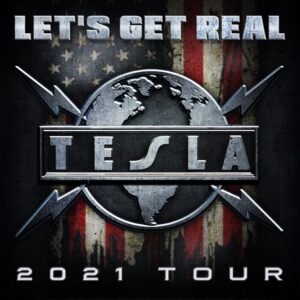 After an 18 month hiatus that the world has taken from live concerts due to the Covid-19 lockdown, America’s multi-platinum rock band TESLA is announcing their return to performing live concerts with the “LET’S GET REAL!” tour – kicking off August 5th in Grants Pass, Oregon. The tour will include shows with legendary artists Styx, Kid Rock, and Lynyrd Skynyrd, and will continue until November 2021 – hitting the continental USA and Mexico.

Frank Hannon: “We are so excited and anxious to get back to performing ‘real’ live concerts again. There’s nothing like the energy of being in the same spontaneous moment with an audience of people. Tesla has always taken pride in being a high energy live band relying on performances without any backing tracks or pre-recorded help. We are planning some surprises for our fans on this upcoming tour by playing some deeper Tesla cuts as well as a fresh brand new song we just wrote. Of course we will play the hits as well, but introducing a fresh new track on this return is something we are very excited about!” 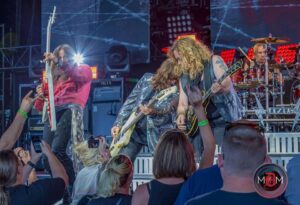 Tickets and special VIP Soundcheck packages are on sale now at Tesla.com 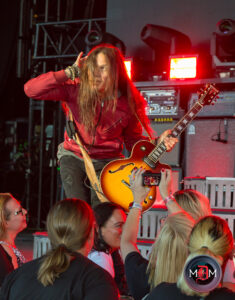 Over the course of their thirty-five year + career, the iconic Sacramento melodic hard rock quintet—Frank Hannon (guitar), Brian Wheat (bass), Jeff Keith (lead vocals), Troy Luccketta (drums), and Dave Rude (guitar)—sold more than 25 million albums domestically and played globally to sold-out crowds far and wide. To say TESLA live is absolutely bombastic is an understatement, they are a hard rock band to beat all hard rock bands. More tour dates will be added. Tesla will be making two stops in Michigan with two dates in on August on the 11th and 12th in Harris, Michigan at the Island Resort & casino. 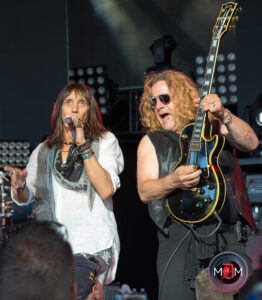 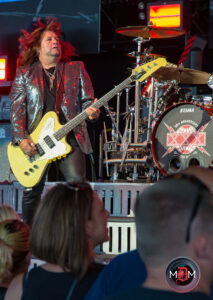