Rising metal stars TETRARCH recently released their trailblazing sophomore full-length album, Unstable, to rave reviews and worldwide acclaim, and now they’re finally about to bring their new music to a town near you! TETRARCH are pleased to announce that they will support headliners Atreyu on their upcoming fall U.S. tour, featuring additional support from Crown The Empire, Saul and Defying Decay. Kicking off on November 9 in Dallas, TX, the tour will visit several cities across the country, coming to an end in Santa Ana, CA, on December 16. 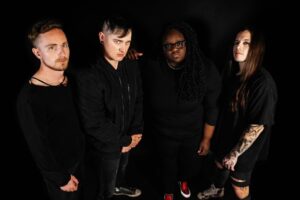 TETRARCH guitarist Diamond Rowe says:
“We are very excited to be hitting the road with Atreyu. It’s a great bill of bands and we are more than excited to finally get back in front of fans all over the country. We have some extremely exciting things planned for this run.” 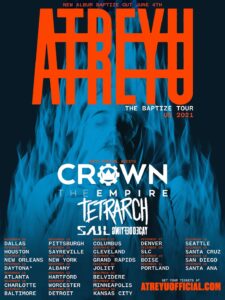 TETRARCH’s new album, Unstable, dropped on April 30 via Napalm Records to major critical acclaim! Loudwire stated, “TETRARCH are not messing around, bringing the heavy with full force…”, while Alternative Press said, “The meteoric rise of nu metal’s brightest new stars TETRARCH has been a compelling show for the scene around them”. Upon release, TETRARCH’s debut single, “I’m Not Right” cracked the Mediabase Active Rock Top 30 and has garnered over four million combined cross-platform streams to date. Follow up single “You Never Listen” is quickly rising up the Active Rock charts with SiriusXM, HardDrive, Full Metal Jackie and many more of the country’s leading active rock outlets supporting, while their most recent single, “Negative Noise”, has already garnered over 850,000 views on YouTube and counting, and has become one of the most highly-spun tracks currently airing on SiriusXM Liquid Metal.

“TETRARCH are about to have their breakout moment.”
– REVOLVER (USA) –
“TETRARCH marks a revival of everything that was right in the late 90s and early 2000s.”
– METAL INJECTION (USA) –

“TETRARCH have risen through the ranks of metalcore with unwavering energy. Blending tectonic drop-tuned riffs and creative samples with catchy hooks, the four-piece have effectively carved their niche in the genre.”
“TETRARCH are on the verge of world domination.”
– GUITAR WORLD (USA) –
“…Diamond Rowe has thrived in challenging expectations and dismantling the status quo.”
– KNOTFEST (USA) –

Fierce individuality and a fearless embrace of the outsider are at the heart of TETRARCH. The band’s tireless hard work and relentless determination has established them as one of the top up-and-coming bands in heavy music, catching the attention of major media including Pollstar (cover mention), Billboard, Revolver, Alternative Press, Guitar World, Guitar Player, Premier Guitar, Kerrang! and Metal Hammer, many in which lead guitarist Diamond Rowe was the first African American female lead guitarist from the heavy metal genre to be featured. TETRARCH has been featured on Spotify playlists such as Kickass Metal, Rock Hard, New Blood (cover featured) and Metal Tracks and has also seen stellar support from Apple Music and their users, appearing on several additional playlists. Having appeared on major festivals such as Epicenter and Exit 111, TETRARCH will charge back into the major touring scene upon its resurgence with renewed persistence and the mighty nonconformist’s spirit that has driven them since day one. 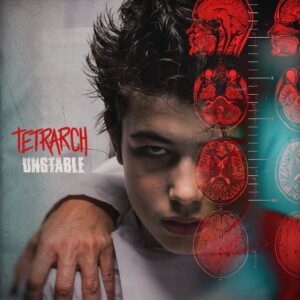