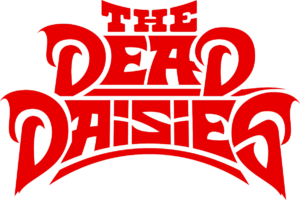 The Dead Daisies are really proud to announce the release of a new inspiring short film, “Like No Other”. Joining the band on the road for three weeks, a journalist / videographer captured shows across the US for the first time since the global pandemic stood the music industry on its head. Every night the band did what they do best: Play great ROCK! The “Like No Other” short film reflects on past memories and modern-day heroes that instill hope and happiness to people around the world. Watch it HERE.

The world has gone a bit crazy of late with a lot of people feeling trapped and alone. Hard times often bring out the best in people and music has always been a healer. We all need to cherish the moments that make your heart skip a beat!

As Glenn Hughes has said for decades: “Love is the answer & Music is the healer, let’s rock n’ roll together”.

The Daisies are just about to kick off twenty nights of Rock and Comedy across the US with a bill featuring rock trio The Black Moods and the host of ‘That Metal Show’, comedian Don Jamieson. Come late October, the “Like No Other”-World Tour will see their return to the UK,for the first time since 2018, with a set brimming with songs from their latest album ‘Holy Ground’ and so much more. Joining them on this leg as very Special Guests will be hard rockers, The Quireboys. In November they set off to Europe taking in Russia and traversing the continent until mid-December.

ROCK IS INDEED ALIVE AND WELL!