British metalcore five-piece THE FIVE HUNDRED have released their new single “Walls Of Jericho“, along with a music video. It’s the fourth single taken from the band’s new studio album ‘A World On Fire‘, which see a July 30th, 2021 via Long Branch Records. “Walls of Jericho” also features CABAL’s Andreas Bjulver on guest vocals, who comments on the track:

“My band CABAL is on the same label as the boys in The Five Hundred, so they’ve been on my radar for a while now and I really like what they do, so when they asked me to jump on a track with them, it was an absolute no-brainer for me.” Stream ‘Walls Of Jericho’ here. Watch the video here: The Five Hundred about their new single “Walls Of Jericho”: “It’s fair to say that not a single one of us in the band is religious, but the biblical battle of Jericho bears some significance…in that, it reminds us that our enemy cannot be defeated with physical weapons, but rather by a crowd of loud voices. 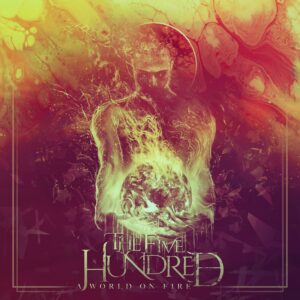 Aggressive yet euphoric, empowering yet simultaneously enslaving, The Five Hundred are renowned for overcoming adversities and laying siege to every stage they play. Their critically acclaimed debut album ‘Bleed Red’ told the story of a band struggling with Tourette’s, OCD, and drug addiction. It’s now the band’s time to share with the world how they’ve battled through their vices and come out on top. After successful tours up and down the country, Eastern Europe/Russia, and an appearance at the iconic Download festival in 2019, the quintet is back and angrier than ever with their follow-up album.

Pre-order A WORLD ON FIRE HERE: 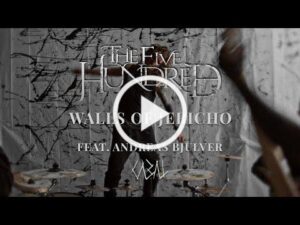