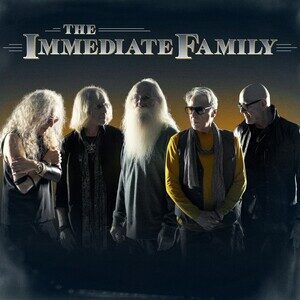 The Immediate Family releases the single “Fair Warning” today which premiered earlier via Glide Magazine. Written by Waddy Wachtel, “Fair Warning” is the first single from the supergroup’s upcoming new self-titled album to be released on August 27th via Quarto Valley Records. The new single is one of twelve original songs from the upcoming album. Produced by The Immediate Family and recorded over three days at Jackson Browne’s Los Angeles studio, the new album also features two bonus tracks: live versions of the Danny Kortchmar/Jackson Browne collaboration “Somebody’s Baby” and Warren Zevon’s “Johnny Strikes Up the Band.” The album is available for pre-order now.

These iconic musicians have played together for decades, but never as their own band. Known for their long, illustrious careers backing Hall of Fame artists like James Taylor, Keith Richards, Jackson Browne, Linda Ronstadt, Carole King, Stevie Nicks and Crosby, Stills, Nash & Young, guitarists Danny Kortchmar and Waddy Wachtel, drummer Russ Kunkel and bassist Leland Sklar have come together, along with guitarist Steve Postell, to perform their own songs as The Immediate Family.

The release of The Immediate Family comes on the heels of two previous EPs, Slippin’ and Slidin’ (which debuted at #6 on Billboard’s Blue Chart) and Can’t Stop Progress. The band will be touring in the fall following the release of the new album. The initial dates are listed below with more shows to be announced. Listen to “Fair Warning” here.