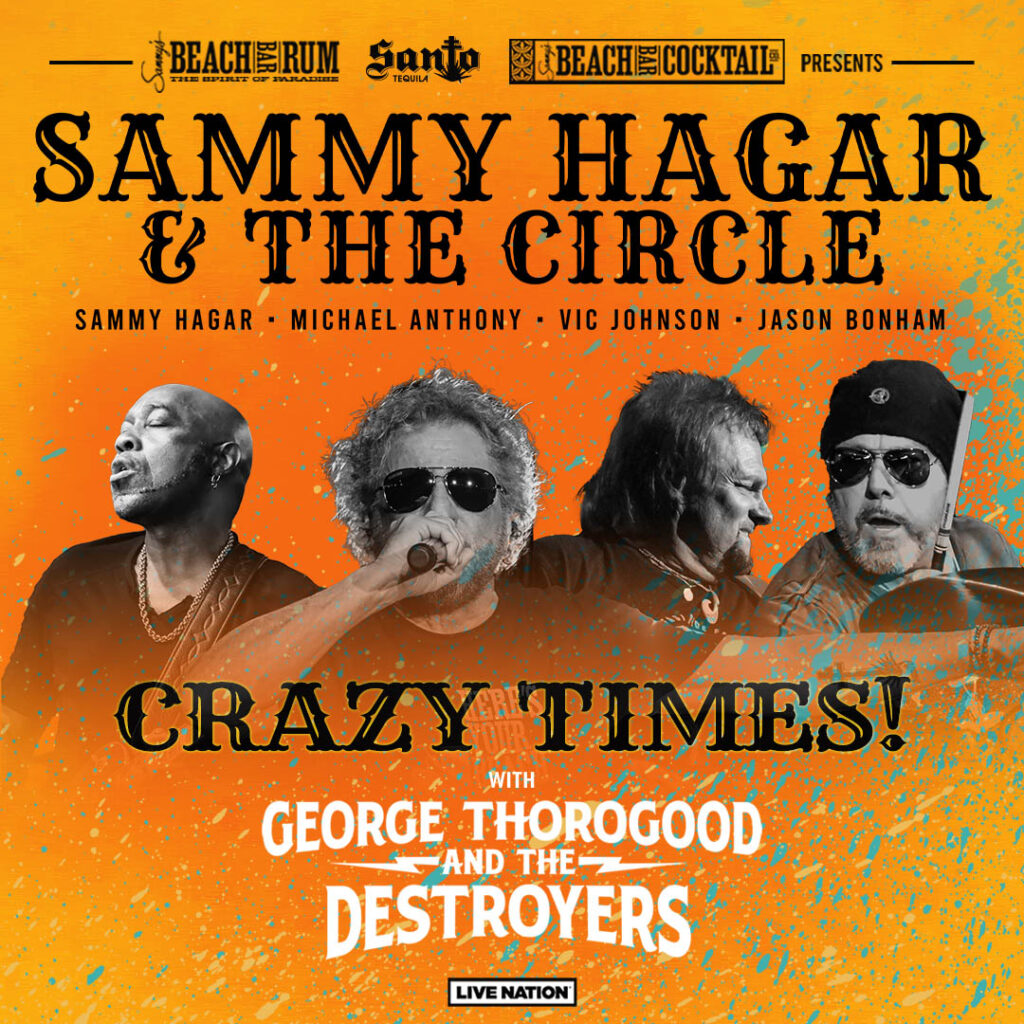 Special guests George Thorogood and The Destroyers are set to turn up the rock-blues vibes as they celebrate 45 years in music. With a catalog of classic hits that includes “Who Do You Love,” “Move It On Over,” “Bad To The Bone,” “I Drink Alone” and “One Bourbon, One Scotch, One Beer,” it’s a pairing for the rock party record books.

Sammy Hagar said: “A tour this size has been a long time coming and it’s definitely going to be worth the wait. The Circle and I are super excited and ready to throw the party of the year with George Thorogood.

We’re going to take the music and party to a whole new level— ‘Crazy Times’ is an understatement.”

Sammy Hagar & The Circle have quickly established themselves as one of the most emphatic and exciting live acts on the road today, seamlessly ripping through career-spanning hits from Hagar’s solo years, Montrose, Van Halen, The Circle, and with Bonham on drums a Led Zeppelin track or two. With an ever-changing setlist that draws from more than five decades of iconic rock anthems, fans will experience the excitement of live music with songs including, “I Can’t Drive 55,” “Right Now,” “There’s Only One Way To Rock,” “Mas Tequila,” “Why Can’t This Be Love,” “Heavy Metal,” “Your Love is Driving Me Crazy,” and many more.

The tour comes on the heels of Hagar’s Las Vegas residency, which is now in its second year of sold-out concerts at The Strat. On January 5, 2022, he was awarded Mexico’s Medal of Honor and named Los Cabos’ first Honorary Ambassador of Tourism by the region’s top dignitaries, in recognition of his longtime investment in their people and economy. Hagar’s tour is presented by his award-winning portfolio of spirits, including Santo Tequila and Mezquila, a partnership with Guy Fieri; his premium Puerto Rico-made Beach Bar Rum, with partner Rick Springfield; and Sammy’s Beach Bar Cocktail Co., his new top-shelf sparkling rum cocktails in a can. 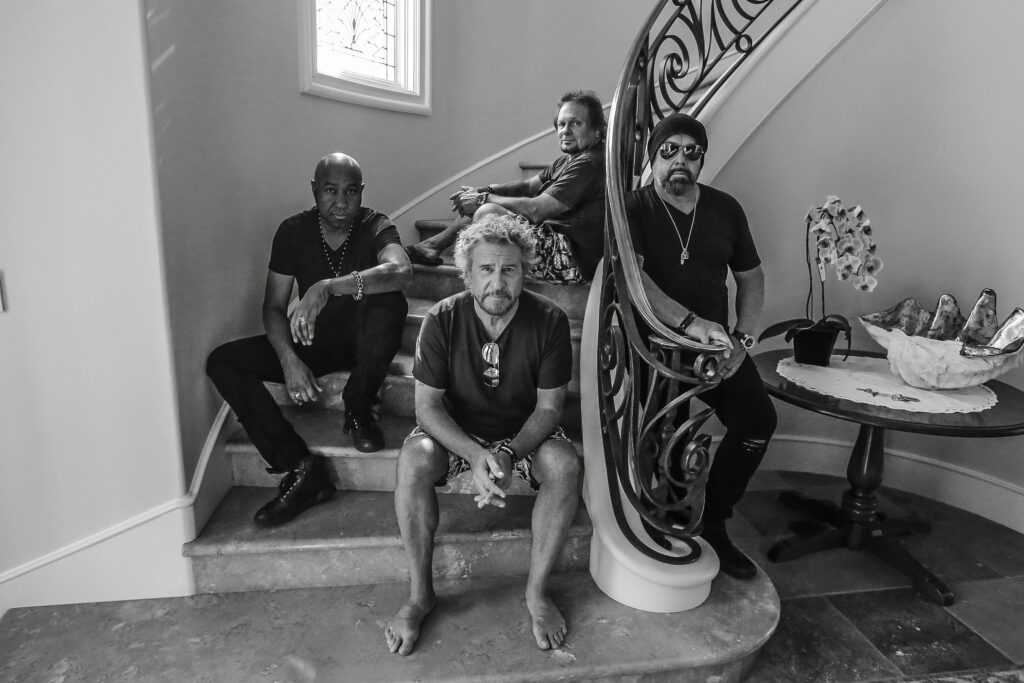