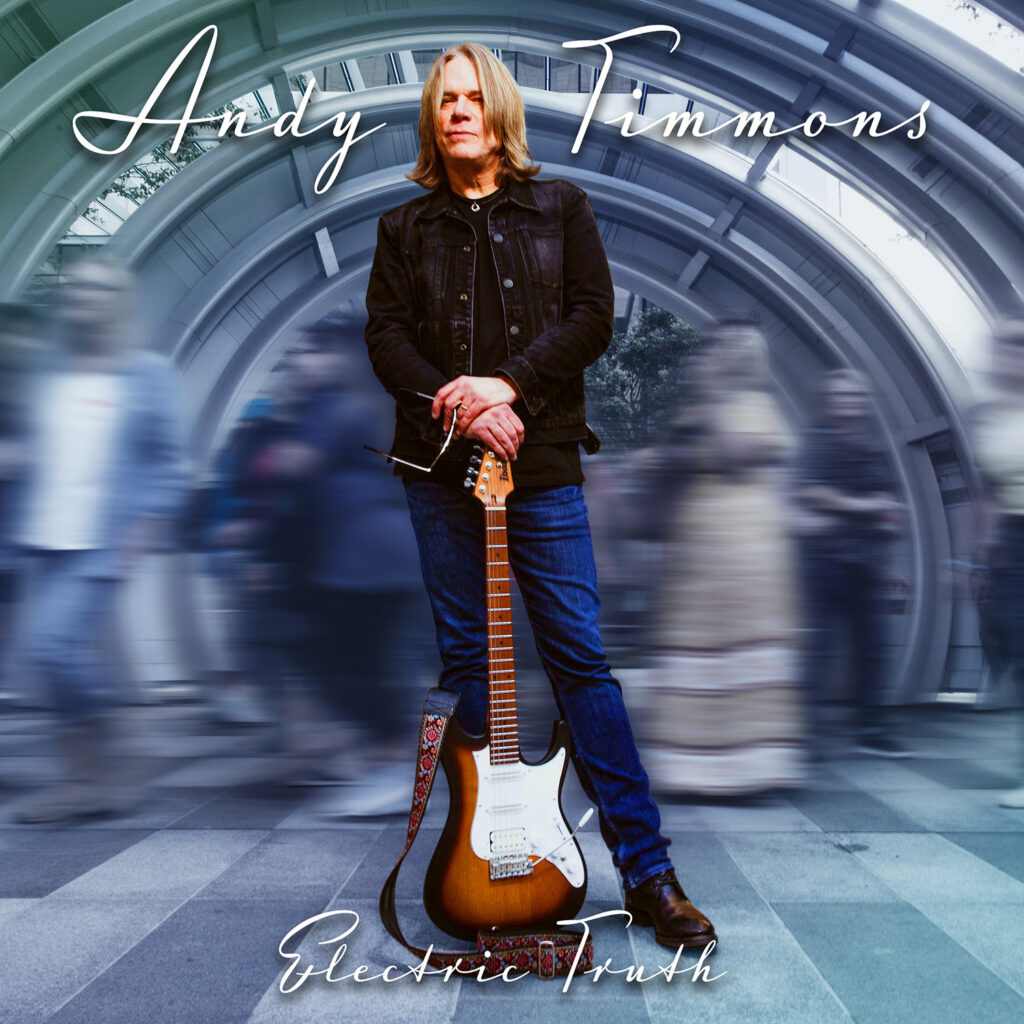 Andy Timmons has presented the first reveal from his upcoming new studio album titled ELECTRIC TRUTH, planned for a global release on April 1. To preview the composition “EWF” click here: Timmons offers, “This track epitomizes the record for me: A great band playing live in the studio – raw, funky, edgy…real. Very much inspired by the great guitarist Al McKay of Earth, Wind and Fire.” A pre-order will go live this Friday click here

Reflecting on his connection to the instrument, Timmons shares, “Music and specifically the electric guitar has always been my solace and my foundation: something that I can always count on in good times and especially in bad. Something I can trust. In a world of so much misinformation and deceit I find music and playing music more important now than ever before. Electric Truth.”

He continues, “When my friend (producer and guitarist extraordinaire) Josh Smith invited me to his studio to record, I jumped at the chance. I was looking to do a record outside of my usual band just to change things up a bit. I was a fan of Josh’s playing, and really loved the bands he puts together so we decided I would just come out to L.A. as the “artist,” and he would produce and put the studio band together. We co-wrote a few things, and I wrote a few ballads as well. I’d say overall the record has a funky/earthy feel to it with plenty of melody. And it certainly rocks as well.”