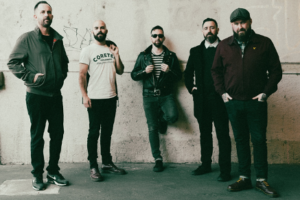 The Rumjacks and The Bombpops have been announced as special guests on Dropkick Murphys ‘ just announced 2022 St. Patrick’s Day Tour, which kicks off February 21 in Reading, PA and culminates with the band’s customary run of St. Patrick’s Day week hometown shows in Boston, MA–including three shows at House Of Blues and one at Roadrunner.

Tickets go on sale this Friday, November 12 at 10:00 AM local time in each tour market at www.DropkickMurphys.com.

The Rumjacks will be out in support of their upcoming ‘Brass For Gold’ EP. and their latest LP ‘Hestia.’ “One For The Road,” the first single from the EP, is out now.

In March 2021, The Rumjacks released their fifth studio album ‘Hestia’, rejuvenating the band’s collaborative spirit, and marking an explosive new era of energy and creative release.

Hestia introduced new singer and songwriter Mike Rivkees on lead vocals, heralding a refreshing evolution for the band that connected fans old and new. The album was an unmitigated success, both critically and artistically, and signified a fresh page in the story of The Rumjacks.

Invigorated by the release of Hestia, The Rumjacks quickly went back into the studio to record the upcoming ‘Brass for Gold’ EP, capitalizing off their new sense of artistry. 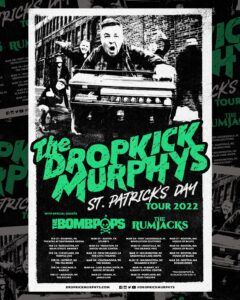 First single is One for the Road, a traditional sounding belter with the energy you’d expect from this new era of The Rumjacks.

The song is a story of an escaped prisoner in the 1920’s riding the rails until he reaches the pacific ocean and starts a new life in California. For anyone escaping frigid winters and soul draining work conditions the lyrics would still relate to our protagonist’s contemporary counterparts, “With all the phony friends you’re makin’ and the smiles that you’re fakin’- it beats the life you left back in the snow.” 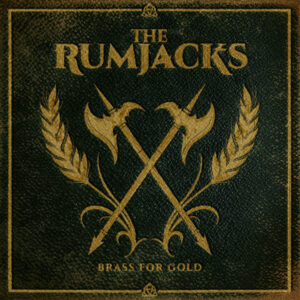