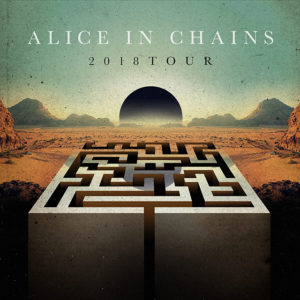 Seattle Rocker’s Alice In Chains are set to release their first album in some time titled “Rainier Fog” the bands sixth studio album. It’s their first album for BMG and their first time recording in their hometown of Seattle in more than 20 years. It also is their first album in 5 years. Jerry Cantrell has been quoted as saying This is a “Fucking Strong record“. The first single in advance of the album was “The One You Know,” which is accompanied by a video. Cantrell says that song was inspired by Davie Bowie’s “Fame.” I will supply a link to that video below. The album is due out August 24th. If you haven’t seen Alice In Chains it’s time you get out and do so.

The One You Know Official Video:

So Far Under Official Video: