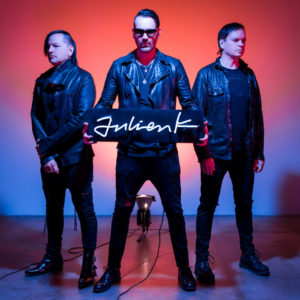 Cali electronic rock band Julien-K will be touring and making a stop at Freedom Hill here in Sterling Heights, Michigan on July 24th in support of their current album “California Noir“. A great tour it will be for the rock band playing with The Cult, Bush, and The Stone Temple Pilots. In case you were wondering the bands name comes form the movie and a classic it was American Gigolo. Julien-K‘s 2003 demo versions of songs “Look at You“, “Kick the Bass“, “Someday Soon“, “Everyone Knows“, and “Technical Difficulties“, the latter of which was later featured both in the film and on the soundtrack from Transformers in 2007. In 2007, prior to the release of their debut album, Julien-K was on the main stage for Linkin Park’s Projekt Revolution tour and one of the opening bands for Evanescence’s North American “The Open Door” tour are no strangers to the big stage. The Revolution 3 Tour will kick-off in Las Vegas July 7th and wrap up at the Famous Whiskey A Go Go in L.A. august 15TH. Julien-K has become a crowdfunding giant with all 4 of their campaigns hitting and holding the #1 Indiegogo chart position for the duration of the campaigns. Below are some links for your Julien-K fix. 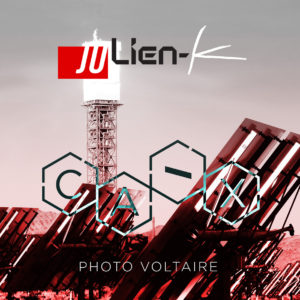 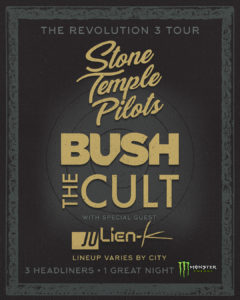