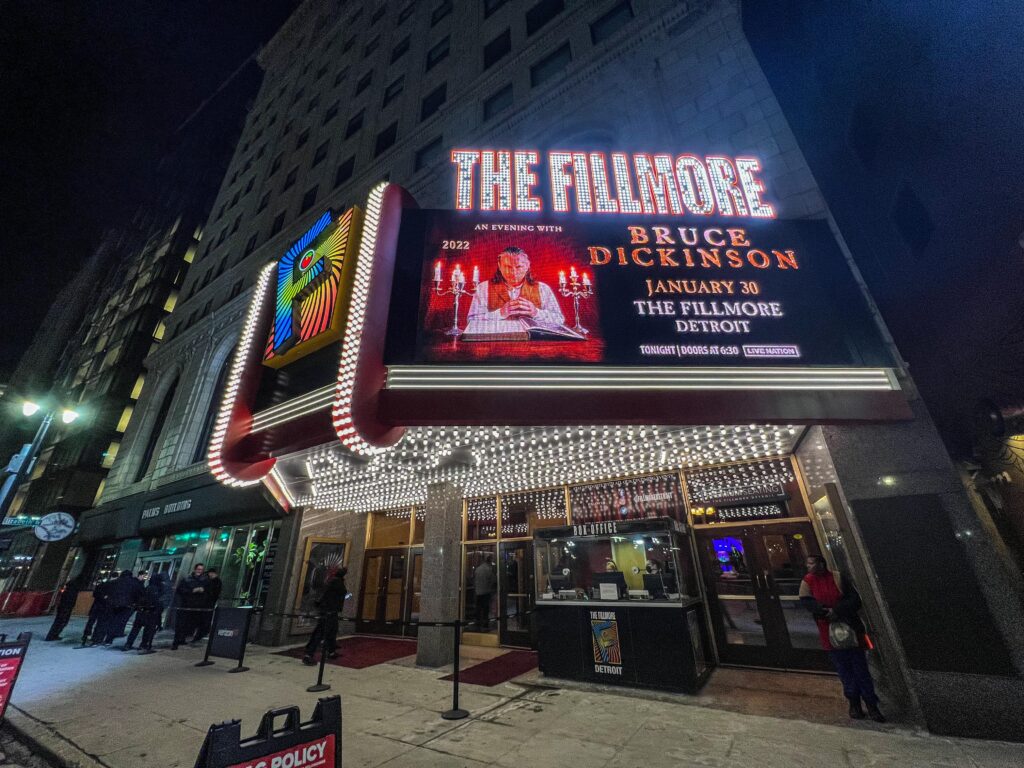 Heavy metal god, air pilot, rock legend, storyteller and comedian, sure why not let’s throw that in there. Bruce Dickinson brought his Spoken word tour to the historic Fillmore in downtown Detroit tonight and the night was filled with some great stories, some personal stories, and loads of laughs. Who would have known about the standup comedy approach Bruce brings to the show, it was fantastic, and the Iron Maiden fans in attendance loved every minute of it. The show started around 7:30 with some slide show photos displayed on the screen from Iron Maiden shows along with a crowd shot with words scrolling showing the massive amounts of albums sold, to Ed force one piloted by Bruce Dickinson taking off a grand intro indeed. A loud roar that could be heard from across the street greeted the Iron Maiden frontman. 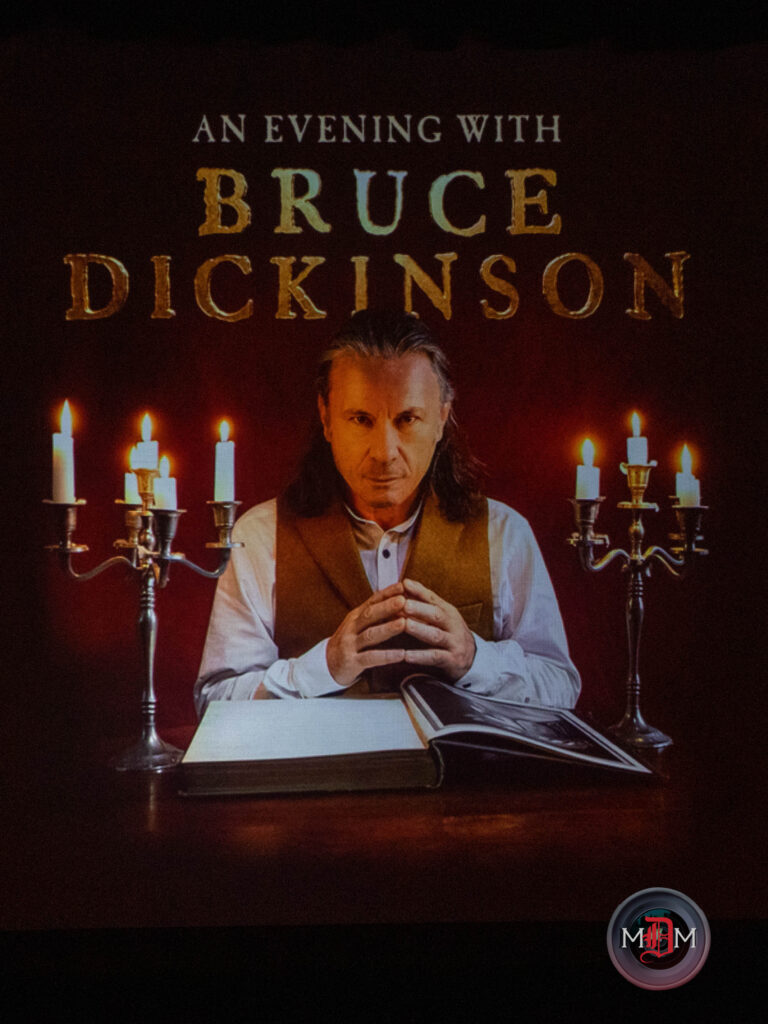 The stage was no longer property of the Fillmore it now belonged to Bruce, the night was ready to begin. Before I go on, I want to say tonight was different, refreshing, entertaining, filled with cheers, and laughter and not once made you feel like you wanted to fall asleep. You can say this wasn’t your typical boring reading. Thank you, Bruce for a wonderful night. Dickinson a wonderful storyteller, tells a story around the pictures speaking about his life and numerous other topics including his bout with throat cancer. Bruce talks about the weirdness of being in an English boarding school and possibly meeting a Boris Johnson and wearing weird trousers on stage with Iron Maiden. A very strict school at that I might add. You see back in the day it was perfectly fine to get the ass whooped, that’s probably why your parents spent so much money on you going there. (Laughs from the crowd) I was no angel and was always trying to avoid and to get out of a spanking. Bruce added that he had two tons of shit dumped on the steps of the headmaster house. A god my ass Bruce added, something the housemaster laid claim to. 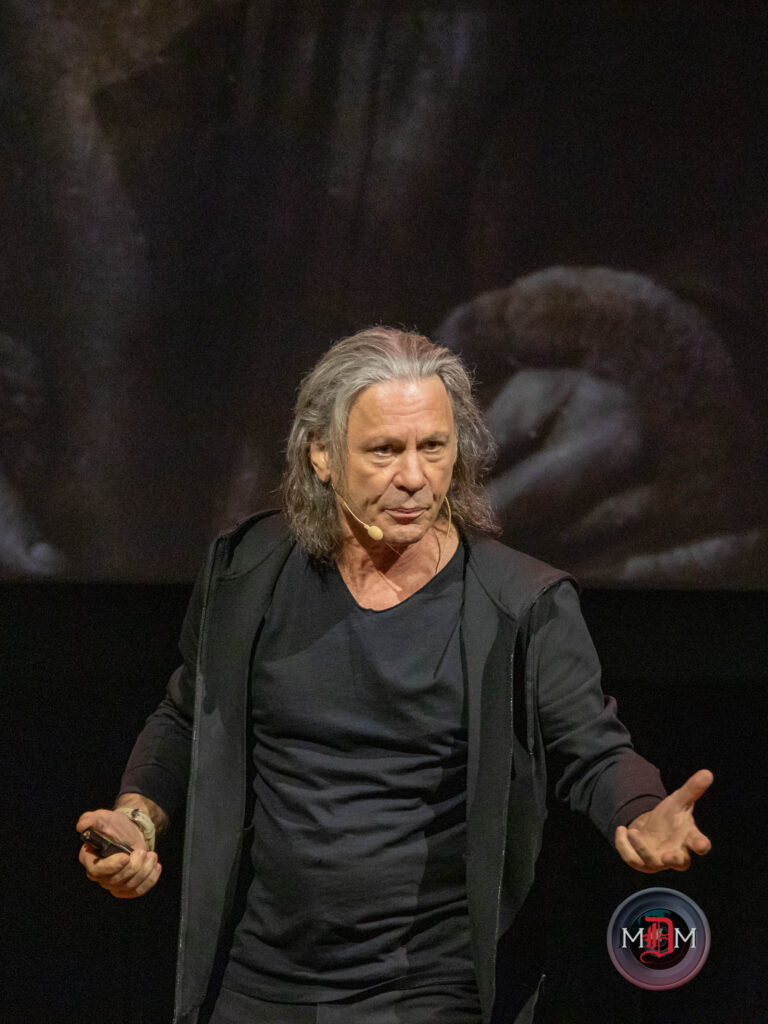 Story after story continued one of note, I wanted to learn to be singer back then it was about being in the choir. Bruce talks about the song test in which if you past the song test you make it in the choir. Bruce turned in is test and words of Dickinson, no singer. (Laughs from the audience) … What happens in the minds of drummers is almost like bouncing of walls, racing around corners, all while expressing sounds a drummer would make, while doing a pretty kick ass air drum solo to the delight of the audience. Good thing I didn’t become a drummer being a singer you can make a whole lot more money than a drummer with less commotion to deal with. (Laughs) Sometime breaking out in acapella style to illustrate a point in which Bruce did and was promptly greeted with a loud roar. The first part of the show was about two hours long during the time Bruce made light on a personnel issue, his battle with throat cancer calling it a big taboo in life. You will either know someone or even you have a 50/50 shot at getting this horrible disease. Thousands of men and women even the young kids come down with some form of cancer on a weekly and daily basis. Dealing with it comes in our own unique way, for me I break it done with jokes in hopes of people leaving the show less scared and more positive way of I can do this. 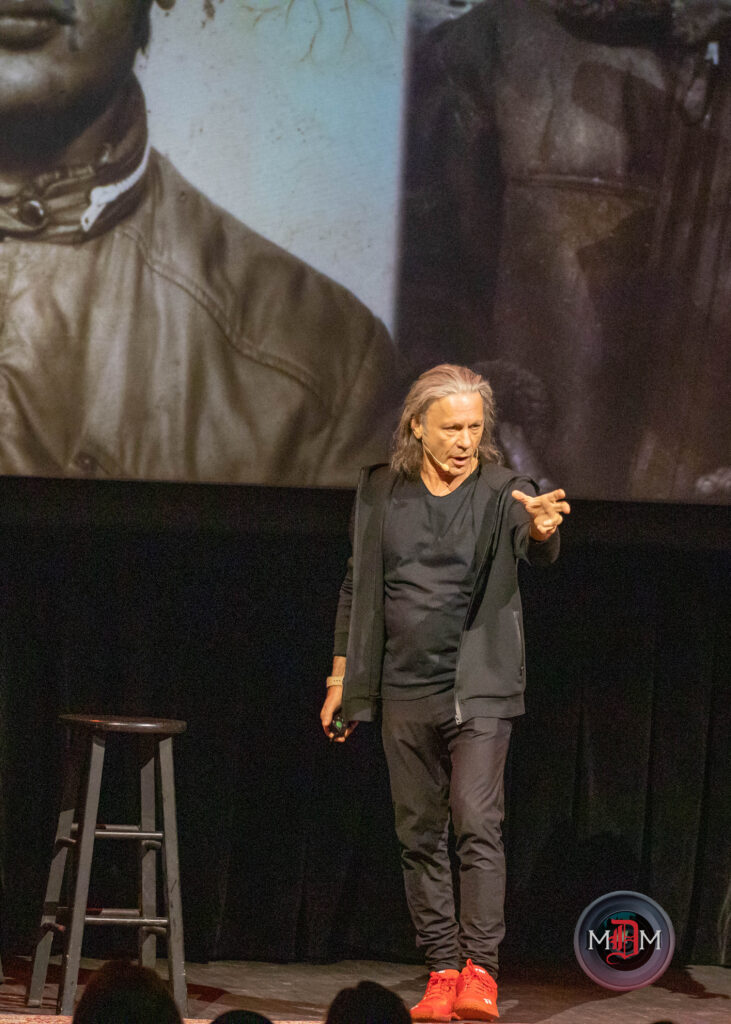 Here was a crowd favorite tale of the night when Bruce explains how he was losing patience with (iron maiden) Nico McBrain about slowing things down on some ideas like I mentioned in the first part of the story with the bouncing of the wall’s commotion in your head, good god man! Bruce screams for “Steve!!! who was a couple of doors down calling on his band mates for help. This is why God made bass players so they can deal with the drummers. (The audience applauds)

Bruce Dickinson has pretty much done it all in the music business and outside the industry. How many rockstars do you know who have a pilot’s license to fly, yes there are someone but come on man who flies commercially flies his own band in and out of cities worldwide. By the way Bruce added there will be none of that on this upcoming tour. That tour will be making a stop here in Detroit on October 9 at Little Caesars Arena in downtown Detroit. Click here for ticket info. Bruce charisma lit up the Fillmore in the first two hours of the show, taking a 20–25-minute break after that to review some of the audience Q/A for last hour of the show. 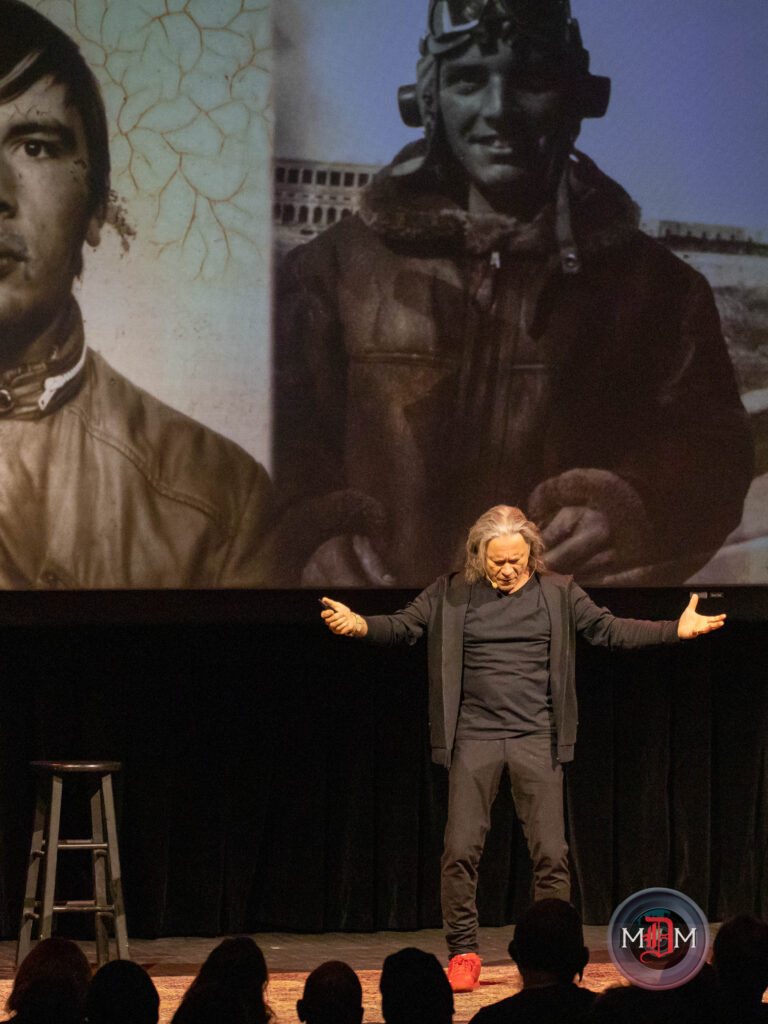 Before the night ended Bruce was asked in a Q/A question if he could sing for them and well, he most certainly did. Our neighbors in Canada were like what the hell was the loud noise. hence the loud roar from inside the Fillmore a noise like being at an actual Iron Maiden concert. The evening spent with Bruce at least for me was eye opener seeing Bruce in a more laid-back comical way I never seen before till now, one you don’t see while catching a headache at a Maiden show. 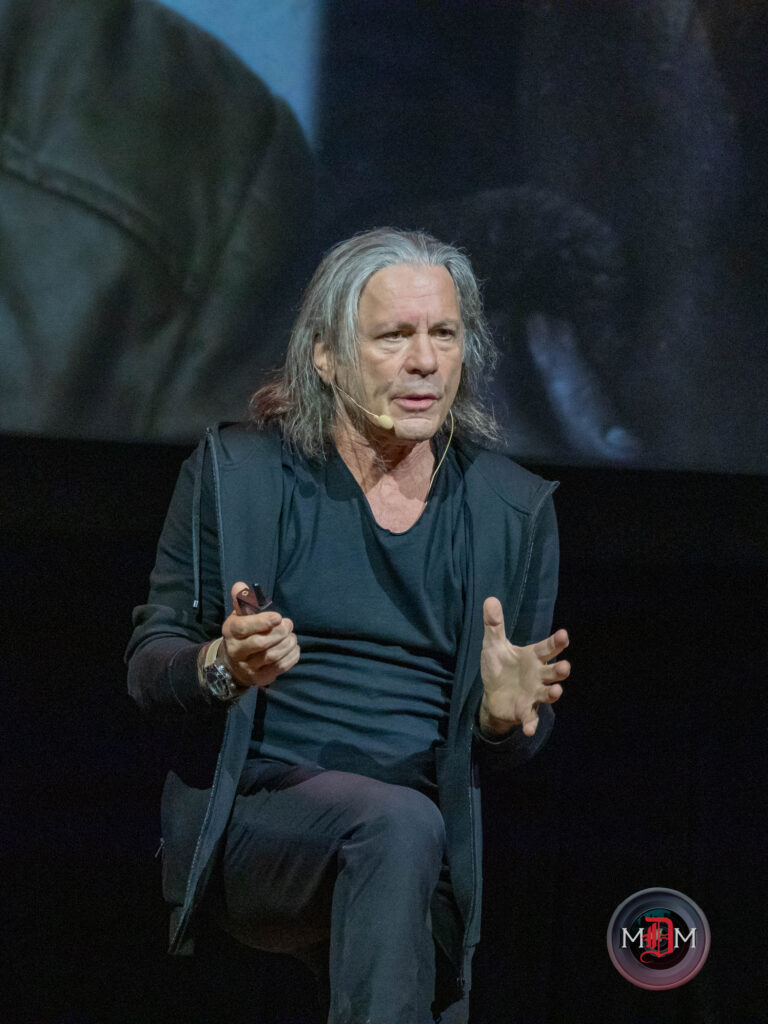