Metal blues legends Clutch delivered a jaw dropping set to a sold-out Fillmore here in Detroit Rock City on a hail filled, rainy fall day. The Clutch Nation got a glimpse of the band’s first live performance off their latest studio album Book of Bad Decisions that was released back on September of this year. Front man Neil Fallon to say the least killed it with his stage presence, owning every inch of it and wowing the crowd with what I call theatric voice along with hand gestures that was totally amazing to watch and listen to. The crowd was hyped up for sure, and well got even more hyped up as Clutch opened with “The Mob goes Wild”. 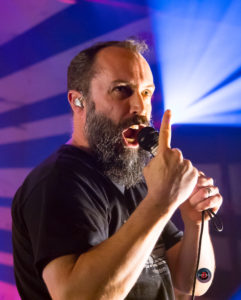 Clutch Nation was treated a 17 song set that kept everyone in attendance screaming and loudly rocking out. Seven tracks were from the new album Book of Bad Decisions. If your into the metal blues scene this is a must see show. Don’t hesitate either as I’m sure Clutch will be selling out all venues on this tour. This was a first for me seeing Clutch Live, and well first impressions are lasting impressions trust me on this one. Below is a link to the bands website, do yourself a favor and buy a ticket in a city near you. 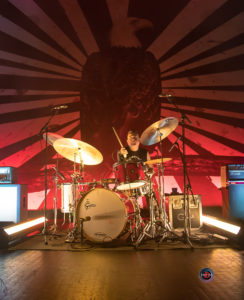