Blues fan’s, are you ready! The Johnny Winter All-Star Band has been wowing audiences everywhere they go year after year, selling out show’s along the way is coming to Westland, Michigan at The Token Lounge on February 24th. Blues-rock fan’s you don’t wanna miss this one. This show will feature some of the original members from Johnny’s last touring band, which include band leader and guitar player Paul Nelson, along with James Montgomery. Since the loss of Johnny the message from their fan’s has been loud and clear, this concert event celebrating the music of Johnny which was approved by his brother Edgar, and family was for Johnny’s fan’s.

The Johnny Winter documentary, Down & Dirty, has been released on DVD. It debuted at South by Southwest and is a highly acclaimed, no-holds barred, inside look at the life of Johnny Winter. Paul is featured extensively in the film and is also the film’s Executive Producer. The film will be showing at this show prior to the band’s appearance. Paul has also released a solo album entitled Bad Ass Generation, which is generating excellent reviews. I will post links below. The Token has had many national acts play there, this one will standout from them all. Get your tickets now and celebrate a night of music from one of the greatest blues guitarist of all time. 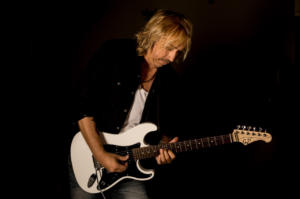 Down and Dirty Trailer: