Mat Kerekes, known as the vocalist of the alternative rock band Citizen, will be making a stop here in Michigan on March 1st at the Pike Room in Pontiac. The tour kicks of February 28th in Lakewood, OH. Kerekes has cited Third Eye Blind among his greatest musical influences as you hear in his music. As a singer/songwriter Mat will be bringing his softer side and versatility on this tour. His new singles “Ruby” and “Diamonds” brings out his influences and infectious melodies. Mat is expected to release a new full length album later this year, which will follow Tigers Jaw’s heralded 2017 album Spin as the label’s second release. Check out Mat 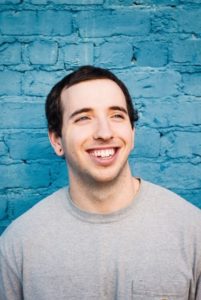 solo project in a venue near you. I have posted links below of both singles and tour ticket info.