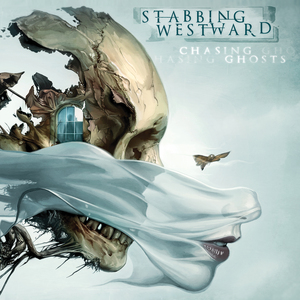 There’s just two more days until the much-anticipated Stabbing Westward album Chasing Ghosts will be released on March 18 – marking the influential industrial rock band’s first new LP in more than 20 years. And today, the group tides over fans with the release of a new music video for their latest single, “Ghost.”

Created by frontman Christopher Hall, the video is a gripping art piece featuring all four band members – also including co-founder Walter Flakus (keyboards/programming) as well as Carlton Bost (guitars and programming) and Bobby Amaro (drums) – in their home studios.

See the video for “Ghost” HERE. 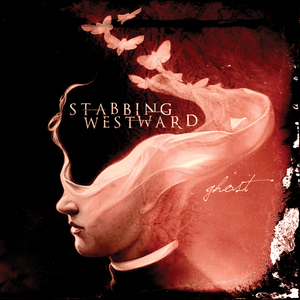 Fans can also purchase the single in a physical or digital format, and will be gifted with several additional tracks including remixes of “Ghost” lead by Christopher Hall and Assemblage 23 along with a reworking of early hit “Why,” from 1996 RIAA Certified Gold album Wither Blister Burn & Peel. The single can be purchased at this link:

“Ghost” is from the new album Chasing Ghosts that will be out March 18, 2022 via COP International Records. It features 10 tracks that showcase the industrial rock band’s characteristic sound with a modern sheen that picks up right where they left off with their last full-length in 2001. With the new tracks, Stabbing Westward has not only managed stay true to their original sound, but also expanded it to fit the frantic new reality of the 21st century.

“Ghost” follows the single “I Am Nothing” that was released in November 2021, with Loudwire saying, “20 years later, [Stabbing Westward] are back in the studio making the same intense electro-goth bangers they were doing two decades earlier. Now, the compressed crunchy guitar riffs, steady pounding beats, and signature wail of singer Christopher Hall highlight a tension that seems to fit perfectly this day and age.”

Chasing Ghosts will feature brand-new songs as well as re-workings of the band’s acclaimed 2020 reunion EP Dead And Gone that finds original founding members Christopher Hall (vocals/guitar) and Walter Flakus (keyboards/programming) honing in on the incredible partnership that once produced a string of hits that dominated alternative radio and film soundtracks, including “Shame,” “Save Yourself” and “What Do I Have to Do?” – and resulted in two Certified Gold records.

To recreate that original chemistry, the band recruited the legendary producer John Fryer to again helm Chasing Ghosts. Fryer, whose production credits include Depeche Mode, Nine Inch Nails, 4AD, Cocteau Twins and Love and Rockets, originally worked with Stabbing Westward on their best-selling early releases Ungod (1994) and Wither Blister Burn + Peel (1996). Chasing Ghosts was also mastered by Tom Baker who, like Fryer, worked with Stabbing Westward on their early releases and is part of the reassembled production team on the latest album.