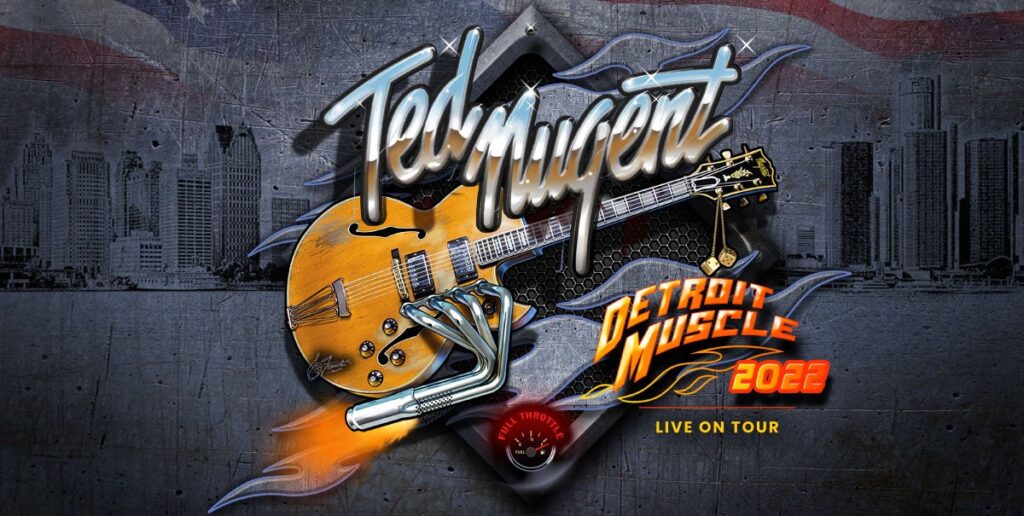 The MotorCity madman, Uncle Ted, however you refer to him as Ted Nugent is dropping some Detroit Muscle. Ted Nugent is primed for his latest album Detroit Muscle, which is slated for release this spring on April 29, 2022. Detroit Muscle is produced by Michael Lutz and Nugent. When asked about the album, Nugent says, “The mighty Motor City is forever globally known as the epicenter of the ultimate high energy soul-music firestorm, and everybody desperately needs a suckerpunch of Detroit Muscle now more than ever. Relax, it’s good for you.

Ted Nugent has carved a permanent place in rock & roll history, selling more than 40 million albums, performing more than 6,750 high-octane concerts, and continuing to set attendance records at venues around the globe. Cranking out hits like “Cat Scratch Fever,” “Great White Buffalo,” “Free for All,” “Fred Bear” and the iconic “Stranglehold,” he has garnered international acclaim. For all things Nuge, visit Uncle Ted here.

Ted Nugent will be making a stop here in Michigan at the Michigan Lottery Amphitheater on August 13th.