Skip to content
January 11, 2020 Detroit Media Magazine
This is starting to become a “Monster” of a tour, I’m taking about the Mötley Crüe and Def Leppard’s co-headlining summer tour which just added another band to its bill. In addition to previously announced support acts Poison and Joan Jett & The Blackhearts, “The Stadium Tour” will feature opening act Tuk Smith & The Restless Hearts. Tuk is no stranger to the rock world and fans who follow the Bitters view this as a added bonus to the tour. Tuk Smith & The Restless Hearts debut their single “WHAT KINDA LOVE,” masterfully blend I might add and features some killer guitar riff’s and was produced by the legendary Rob Cavallo (Green Day, Eric Clapton, My Chemical Romance) 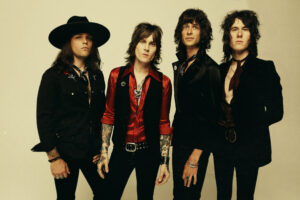 This is Mötley Crüe’s first time playing shows since their “Final Tour” since December 31st 2015 at the Staples Center. The 80’s ass kicking band did say that their last show was just that it’s last Fast forward to now making this one of the biggest if thee biggest concert of 2020. The stadium tour will be making a stop in Detroit on August 20th at Comerica park home of the Detroit Tigers. Memebers from Crüe are in the can’t wait mode if you will, working out getting into shape to take on this massive tour. Crue drummer Tommy Lee said production design started earlier this week.”There’s a lot of new technology right that we haven’t gotten a chance to play with,” Lee said. Below are some links to keep you up to date along with ticket info and more. “Detroit Rock City” knows how to party no doubt making it the biggest party of the summer.