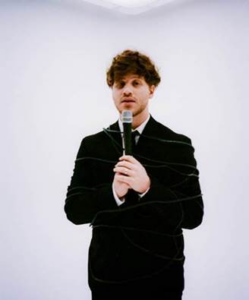 At the age of 12 Detroit’s own Yoshi Flower, back then known as Joshua Smith. His father began letting him play in local Detroit bars. Since then Yoshi Flower has released three albums and certainly made a name for himself in the music business. YF recently released multi-singles which include the new song “I’ll be There” and a cover of “Honest” by Baby Keem. You can listen to the track on Spotify’s New Music Friday playlist. YF wasn’t finished just yet following up with another set of singles. One of the singles is a cover of “Boys Don’t Cry” by The Cure which is pretty solid and the single “Faking Sleep” I will provide links below for your viewing pleasure.

The L.A. based artist has played some major festivals which include SXSW; LOLLAPALOOZA, and the MADE IN AMERICA FEST. Coast to Coast YF has worked with a wide range of artist along with gaining praise from the likes of

Blink 182’s, Mark Hoppus – “organic and electrotonic and awesome all at the same time”

BillBoard – “not concerned with fitting into any genre, which might be why it’s so hard to peg down Yoshi’s sound. It’s at once chill and hip-hop, melodic and bombastic.”