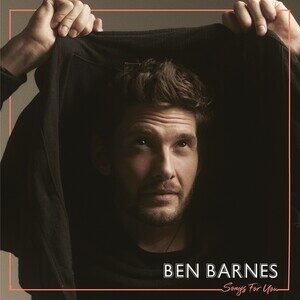 On his 40th birthday last month, Shadow and Bone/The Chronicles of Narnia: Prince Caspian/The Punisher/Westworld actor BEN BARNES celebrated the milestone in a big way with the one gift his fans have been waiting years for: news that his debut EP is finally being released this fall.

For the “11:11” video, which was shot in a downtown Los Angeles theater, not only did Barnes join forces with Shadow & Bone director Lee Toland Krieger, he also reunited with Westworld co-star Evan Rachel Wood. The clip premiered on People.com yesterday, and it’s now available on his new official YouTube page.

“11:11” is a track that could not be contained to one genre. The soul-pop vocal soars over a jazzy piano, sacred-feeling organ, Queen-inspired guitars and a bursting “Penny Lane” piccolo trumpet fanfare. As Barnes reflects, “I’m fascinated in acting by the duality of people, and that we all have the capacity to feel everything and more than one emotion at a time. I feel that way too about my songs. Even if they seem to be about one thing, I’m interested in conflicting emotion and transitional feelings…the in-between. ‘11:11’ is about real love; the kind of love where you would give up all your wishes for the one you love to feel whole…even if it costs you, even if they can’t ‘be yours.’”

About filming the video for his first-ever song release, Barnes revealed to People, “Making the video for ‘11:11’ has been one of the most satisfying creative experiences of my life. Lyrics flow out of you when you have something to share, melodies volunteer themselves, throwing their hands up; you know it fits when it sounds like the lyrical sentiment, but with a video, the choices feel boundless. For ‘11:11,’ I knew I wanted a performance element, so I almost worked backwards with the idea from a band and lights on a stage. I also wanted intimacy so the idea of a single audience member full of joy followed. Then it was important to marry my acting career to the music venture, so I wanted a concept for the rest… a story. I asked Evan to be the woman in the story, because I wanted to sew in my history of working with people I know and admire. I have watched her acting acrobatics in Westworld’ so knew she could be all these different versions of this character from loving to careless to elusive to beaming with pride for me all in a moment.

“Lee Toland Krieger directed the video and heightened the concept and brought it to life. Lee directed me in Shadow and Bone for Netflix and has made some beautiful films such as The Age if Adaline. I knew he would bring a richness, class and careful passion to the look of the video in a way nobody else I know could. Lee… I owe you one!

“When we found the downtown Los Angeles theater, fell for the beautiful, imperfect, historic feel of the place. I had friends offer their time, skills and passion; from playing in the band to set dressing. Seeing my idea come to life on the monitors the day of shooting, with Evan dancing in the aisles, was a proud moment for me. The last piece of the first artistic endeavor entirely from inside me.”

For the past months, since before the pandemic started, Barnes has been filming himself in his Los Angeles home at his piano performing his favorite songs, including a stirring rendition of the Friends theme in honor of the HBO Max reunion special, which has prompted his 2.6 million social media followers to wonder and plead when he’s finally releasing music of his own.

After years of being directed, written for and edited in movies and television, this is his moment to shine the light on the five songs on Songs For You, lovingly crafted at his piano at home and presented unedited and straight from the heart.

With the ‘70s-style, rich, entirely organic instrumentation of all the tracks on Songs For You—produced by John Alagia (Paul Simon, Dave Matthews, John Mayer, Herbie Hancock) and Jesse Siebenberg (Ke$ha, Miranda Lambert, Neil Young, Kenny Loggins, Michael McDonald)— Barnes is baring his soul through his music for the first time; hopeful, joyful, passionate, nostalgic, vulnerable and loving. The lyrics to most of the songs, he explains, came from “poetry written for a loved one or just for myself, a long-forgotten phrase I jotted down in a notebook years ago, inspired by a photograph, a moment, a quotation, or in the case of one song, a story I read about a female pirate!”

About the EP title, Barnes shared, “Songs For You comes from one of my favorite records, ‘A Song For You’ by Leon Russell (but the Donny Hathaway version, of course), from wanting the songs to speak intimately to anyone who listens to them, and because if a song is written for you, you know who you are.”

The time is now… Barnes has waited long enough to share his true passion of singing and writing his own songs, and Songs For You is not only for him, but for his fans.